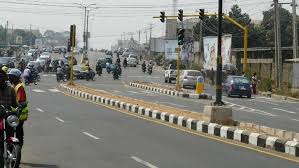 Governor Seyi Makinde has received encomium from Oyo State Residents, most especially visitors in Ibadan and road users for the swift response over the potholes in the state that has been a major source of traffic.

It could be recalled that right before now, commuters spend longer hours on the road for distance that should be covered within few minutes because of the numerous potholes on the road that slows movement of cars.

Some of the residents said they now spend less hours on the road on their way to work and back home since OYSROMA addressed all the potholes on the state roads.

Muslim Worshippers within Ibadan also made remarks on how the usual busy movement on Friday didn’t cause traffic within the capital city of the state. They also prayed to Allah to continue guiding Governor Seyi Makinde’s Administration and make things easy for all Oyo State residents and commuters.