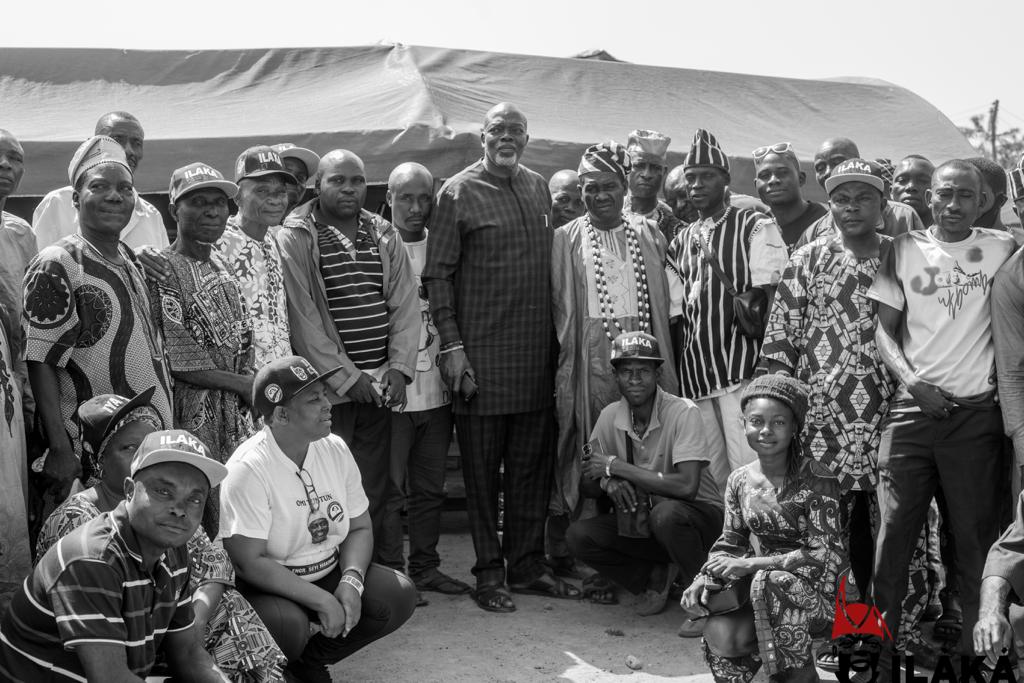 The Senatorial ambition of Chief Luqman Oyebisi Ilaka to represent the good people of Oyo Central Senatorial District on the platform of the People’s Democratic Party, today received a boost as Mdzough-U- Tiv Community (Mutual Union of Nigeria) Oyo township zone, declared their support for him.

While making the declaration at a meeting in Saabo the Ter-u-tiv Oyo zone, Chief Someone Iorhen, remarked that Oloye Bisi Ilaka time is now, “The irony of life is full of experiences, Ilaka remain a solid name across Oyo central, we wll canvass, support and organised a voluntary house to house campaign for the Ladilu of Oyo”me dough hu

He said further “We have carefully examined all the candidates seeking to represent Oyo Central at the Senate however, we have chosen to support former Oyo Chief of Staff, his manifesto is reflective of our needs. Wealth creation, quality and first class representation, aimed at laying a solid foundation for the development of our district. I am having feelings for him because of his consistency. God has answered his prayers we will vote for him en masse. He assured.

Also speaking on behalf of the Tiv youths, Mr. Agari Innocent confirmed that Tiv youth in Oyo will work for the success of Ilaka, stressing that the Oyo born politician will promote agricultural revolution, present bills to aid employment opportunities and security of lives and properties for Tiv and Oyo Central youths.

He urged youths and non-indigene to vote PDP across board stressing that the party will rescue Oyo central and Nigeria from the lackluster performances of the APC.

Equally, Mr. John Chia, Emmanuel Akume, Timothy Kenzwa prominent members of the union, urged Ilaka to provide them with necessary materials so as to commence the house-to-house, village to village campaign, across the senatorial district.

In his remarks, Ilaka a lawyer turned politician appreciated the Tivs and promised to be accessible. He said; “I know the challenges of our youths, to really be honest most of the farming communities have their own requirements and needs which differs, providing solutions to these challenges will be my primary concerns”.

He urged them to vote PDP down the line, while promising to represent every residents of Oyo Central accordingly regardless of tribe. Ilaka reiterated that Oyo Central has consistently suffered from poor representation and there is no better time than now to rescue our senatorial district from abject representation.