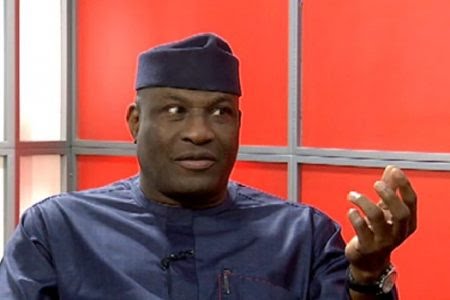 The Oyo State government, on Wednesday, met with non-state actors to include hunters, vigilante, community heads to review and evolve necessary security strategies.

The meeting convened by Special Adviser to the Oyo State Governor on Security, Mr Fatai Owoseni, and held at the office of the Oyo State Security Trust Fund, Jericho, Ibadan, had in attendance non-state actors and community heads in Oluyole Local Government Area of the state.

In their various reviews, stakeholders at the meeting identified gaps, security-wise, at flashpoints on the Lagos-Ibadan expressway, Onipe-Onigambari-Ijebu-Ode and Abanla-Ogunmakin axis, which the criminals capitalised on, to carry out what they called “opportunistic crimes.”

The non-state actors had emerged with a resolve to ensure security is tightened at flashpoint areas, while utilizing technology where needed and collaborating with the conventional security agencies.

Prior to Wednesday’s meeting, Owoseni had also met with heads of factories, and business entities in Oluyole local government area on the need to vet their staff, especially with investigations indicating that some of them are sell-outs aiding kidnapping.

This is as the meeting stressed the need for companies to engage and collaborate with security where their factory is domiciled.

Speaking on behalf of community heads in Oluyole local government areas, Baale Omi Aboderin village, Olukunmi Egbelade said vigilante had in the last two weeks been involved in defending the Oyo/Ogun boundary, assuring that with increased funding, equipment, they would do more.

Egbelade said the non-state actors are encouraged to ensure tighter security against criminality in the local government area going by the commitment to security shown by the governments of Oyo and Ogun.

Speaking, Owoseni said the state had identified the gaps that the criminals latched onto, learnt its lessons and had resolved to implement proactive, workable, practical and sustainable security measures.

He said the state also resolved to improve the framework of its collaboration with the locals, and optimize its use of traditional institutions, community heads, business heads for efficient policing.

In collaboration with the Ogun state government, Owoseni said the visibility of security agents on the Lagos-Ibadan expressway had been reinvigorated while non-state actors would be better funded and motivated.

Owoseni said: “Sadly, we have had those incidents that are making it look as if the Lagos-Ibadan expressway is turning to another thing. But, the assurance I will give is that the governors of Oyo and Ogun states know that this is even a yuletide season

“So, is it that we did not start our ember months’ security strategies on time? We have reawakened our consciousness to that.

“We will take it as a lesson learnt. All the agencies, the security commanders are working together, and we will use this to strengthen the synergy that all the agencies have. Anyone plying the road will see static and mobile deployment of security agencies, including covert operations.

“What has happened, the interpretation must have been that there is a gap. The criminal elements must have noticed a gap and quickly capitalized on it, which is what we call opportunistic crime.

“We have looked back and conducted an after-action review, asking where we got it wrong? Where did we leave a gap? Can we quickly learn a lesson from that?

“Jointly with the Ogun State government, we have been sitting down to discuss what to do to be proactive not reactive.

“For now, we have strengthened visibility. We have learnt our lessons. Is it that we did not sustain what we had before? Did we let off our guard? We have taken a lesson from that to say that whatever is put in place now will be something that is workable, practical and sustainable. That is the level we are now.

“The non-state actors that we used, is it that we did not tidy up the framework with which we work? This is with a view to see how we can improve the collaboration with the locals that know the nooks and crannies of communities.

“We have also looked at how we can optimize the use of traditional institutions, the Baales, including our people that do business in that community. How much of a relationship do they have with traditional rulers in the area? Are they doing Corporate Social Responsibility? How many people in the area have you factored into the security of your business?

“Yesterday, we had interaction with the corporate Ibadan. We invited the business entities, factories around that area for a serious dialogue to say what is it you are doing that is making you sell out in that area and how can we incorporate you properly into the state security architecture.

“If you have a company and feel that you have security from Abuja and you feel you don’t have any obligation to the one domiciled where you are working, you work at cross purposes. Among the people you put at work, how much vetting do you do? Investigations in some of the cases point to the fact that some of the staff are also sell-outs and if the security domiciled in the state does not have any means of interfacing with them such that anytime security from the state comes there, you think they have come for money.

“We have to close all the gaps. Ogun and Oyo States are working together strongly and the executive governors of the states recognize that their own support is necessary. Security is expensive; funding is key to whatever we want to do. If you want to bring in non-state actors, like the hunters, we must ask how much motivation are we giving them?

“We have reinvigorated our visibility on the road, denying the criminal elements of the space to operate. We have to go after those who have operated and bring them to justice.

“We will also explore where technology will work. But the eyes of the people are stronger than the CCTV. They know the topography and terrain.

“Everyone has pledged to support the governors of Oyo and Ogun and will provide wherewithal, logistics wise.”