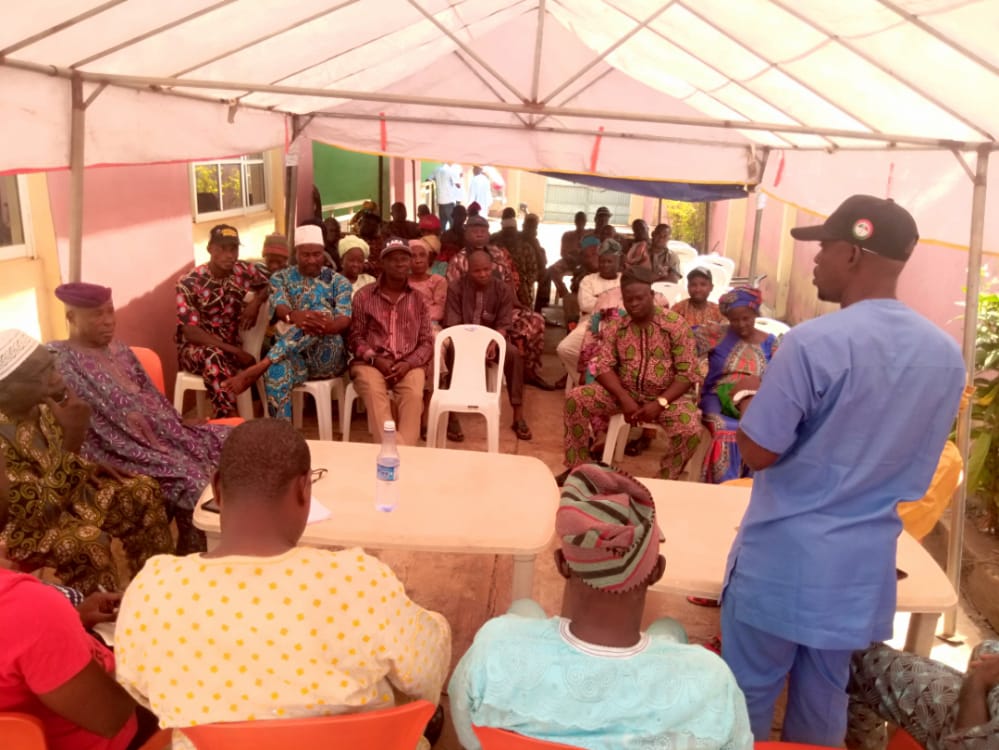 A statement by the Oluyole PDP chairman, Alhaji Adegbola Mukaila and made available to newsmen on Wednesday by the Oluyole Publicity Secretary, Ayokunle Shonaike, shortly after the meeting quoted the stakeholders as being resolved to work assiduously for the success of PDP in the federal constituency.

The PDP stakeholders in Oluyole comprising of all the party leaders drawn from across the 10 wards stressed the need to sustain the ongoing transformation of the state under the leadership of Governor Seyi Makinde.

The party Stakeholders according to the statement also passed a vote of confidence on the Makinde led government stressing that the sector by sector achievements of the governor will make the party’s campaign less tedious adding that the people of the state have already adopted the ‘SeyiBayo 2023’ campaign as their own project.

The Honourable Dayo Ogungbenro led state executive council of the PDP in Oyo state also received the vote of confidence of the Oluyole federal constituency stakeholders.

The Oyo state Publicity Secretary of the PDP, Akeem Olatunji who moved the motion for the passage of vote of confidence on Governor Seyi Makinde and the leadership of Hon. Dayo Ogungbenro led state exco also received the blessing of the stakeholders as a pride of Oluyole who is performing exceptionally well and living to the demands of his office as the party’s PRO.

One of the stakeholders, a two term federal lawmaker at the House of representatives, Honourable Depo Oyedokun, who seconded Olatunji’s motion assured that Makinde’s reelection for a second term of office is non negotiable having performed exceptionally well beyond all expectations in less than 4 years of his first term.

The PDP stakeholders press statement reads in part, “the PDP stakeholders in Oluyole federal constituency wish to commend Governor Makinde for giving us beautiful things to show the people during as practical achievements across all critical sectors of the state economy.

“It is even profound to note that while other states are gasping for breathe due to the sad economic climate in the country, Governor Makinde has continued to perform what many now term as ‘magic’ by meeting up its financial obligations and making the state run smoothly without hiccups as now applicable in other states including some of our neighbors in the south west.

“We therefore, unanimously pass a vote of confidence on the Seyi Makinde led government and seek for the sustenance of his leadership beyond 2023. The Oluyole PDP leadership therefore call upon all members of our great party to set aside all forms of personal interests and embrace this task before us to ensure a total victory for all our party candidates.

“We also wish to commend Honourable Dayo Ogungbenro led leadership of PDP in Oyo state and as such, we’re using this avenue to also pass a vote of confidence on his leadership because we believe that his political doggedness and expertise will lead us to a resounding victory come 2023.

“Also, we wish to unanimously commend our own pride of Oluyole who is the Spokesman of PDP in Oyo state, Engr Akeem Olatunji II, for his various empowerment programs and support for party members in Oluyole which have become a form of support system for party cohesion in our federal constituency.

“We reaffirm out unalloyed an unwavering loyalty to our great party PDP, and to our overall leader, Governor Seyi Makinde. We affirm that our commitment ad dedication towards the success of our Governor’s reelection shall be total, as well as all PDP candidates from senate to state assembly.”