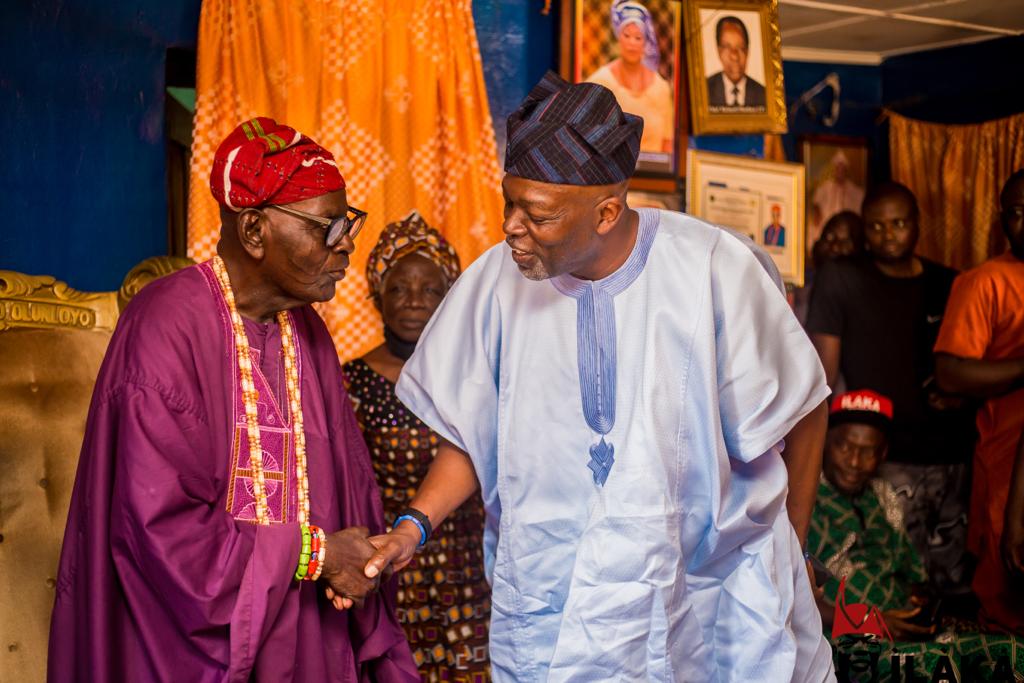 Giving the endorsement yesterday, at a meeting Ilaka had with the traditional council in Ona-Ara, the monarch said; “Ilaka will emerged as the senator representing Oyo Central. You’ve been an agent of development to Olunloyo community here in Ona-Ara, all chiefs and political leaders in my domain here are with you. We’ll vote enmass to ensure your victory at the poll”.

The monarch added that, Ilaka consistency in the political fora over the years makes the traditional council, as well as landlord associations in Ona Ara to support his ambition, having realized that he will use his experience to bring first class representation to the district.

Also, Oba Kamorudeen Oniladuntan of Laduntan, added that he has no option rather than to support the candidature of former Oyo Chief of Staff, Bisi Ilaka and all PDP candidates, so as to rescue the district and nigeria at large.

While giving kudos to the accelerated development agenda of Engr Seyi Makinde in Oyo state, the monarch noted that Ilaka remain a solid name in Oyo Central and the state at large. “This is Ilaka’s time, I’m having feelings for him because of his consistency, but now God has answered his prayers, we will ensure his victory by all means within the rule of law.”

He further assured that Ilaka will presents bills to end kidnapping, unemployment, Inflation of commodity and insecurity affecting Oyo Central, as well as promoting agricultural revolution.

In his Remarks, Oyo born politician, Ilaka appreciated the traditional council for his endorsement, promised to be accessible to them by all means.

He further sought for their endorsement to all PDP candidates across board, stressing that he’ll absorbed their great plans as discussed when fortune smile on him at the poll.