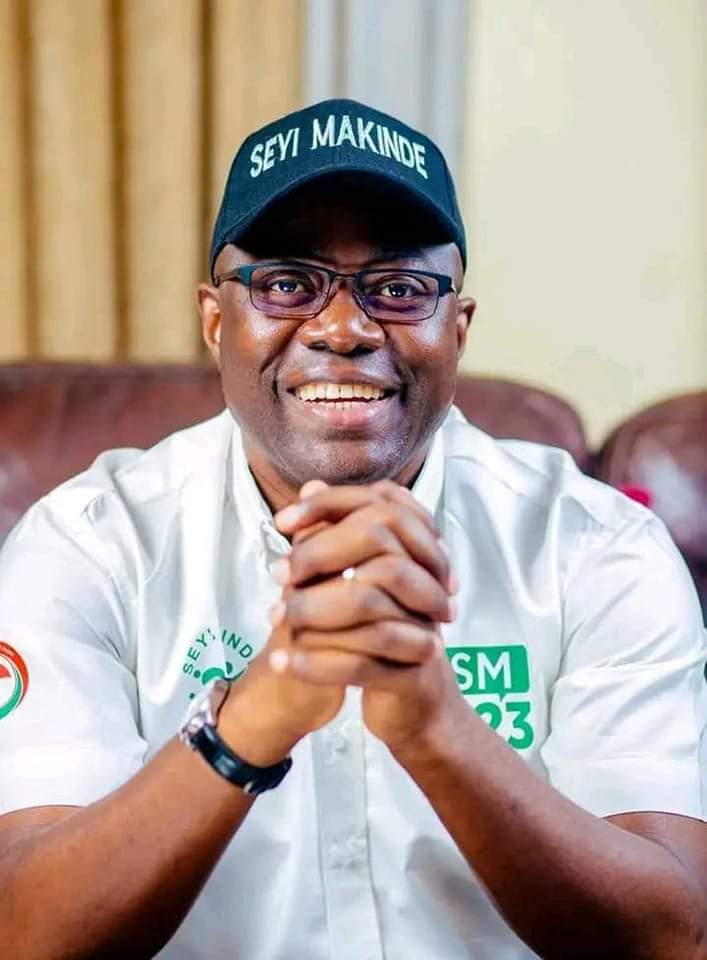 There’s a popular maxim that “human persons are machines of interpretation and explanation” and, this is exactly what is at play in the political terrain of Oyo State today as regards the comment of the Governor on Fresh FM over last weekend. His comment was also accompanied by the presence of his Deputy at the meeting of some Yoruba stakeholders which was conveyed by the former leader of Afenifere, Pa Fasoranti.

The Governor had, during the interview, when asked about the candidacy of Asiwaju Bola Ahmed Tinubu and his stance about it recited the Oyo State anthem, which has “Asiwaju” meaning “the pacesetter” in it. The ambiguous nature of his reaction has thrown the opposition APC into some sort of frenzy with different narratives been spun that the Governor is in support of the candidacy of Tinubu.

The presence of the Deputy Governor at the Pa Fasoranti’s Ondo meeting is also believed in some quarters to mean that the Governor is willing and ready to jeopardise his political ambition and that of the Presidential candidate of the PDP for Tinubu. But, at no point in time did people of Yoruba descent reach a consensus on the candidacy of Tinubu as the unilateral candidate of the race. So, the Governor would not be tilting towards committing political harakiri by canvassing votes for Tinubu when he also has an election to contest and win.

Though, Asiwaju Bola Ahmed Tinubu is trying as much as he could to play the ethnic card in galvanising votes because he also understands that he has nothing to offer as far as governance is concerned, I believe it would be a futile effort and a disservice to bring the willingly-working Governor of Oyo State, Engr. Seyi Makinde FNSE into their marketing board while attempting to credit undue statement to him. As an individual, I am confident that the Governor is not interested in allowing the APC to sustain another year of misrule in Nigeria which has left the people to rue lost opportunities.

A serious opposition party that is interested in hijacking power would have, by this time begin a thorough campaign exercise to sell their candidate but, their understanding of the fact that they are advertising an unsellable product and that Makinde is a sellable brand in Oyo State is the reason they have been making frantic efforts to bring the name of the Governor into their campaign.

That the Oyo State APC has been more interested in misinterpreting and celebrating these statements is a confirmation that the party is a bunch of unserious individuals who have nothing marketable to present to the good people of Oyo state. Won’t it amount to double-standard and confusion for the Governor to be marketing Tinubu of the APC while he’s contesting under the platform of the PDP for re-election?

Beyond party politics, no reasonable person will be interested in allowing the APC to sustain another term of administration in any part of the country as far as the 2023 Presidential election is concerned. The party has impoverished the Nigerian people and we must together sack them from the villa come 2023. The failure of leadership by the APC-led government is “staring every Nigerian in the face as the country’s development challenges progressively worsen and assume frightening dimensions.” And Seyi Makinde as a Nigerian that is interested in “Getting Nigeria Working Again” will not for any reason promote a political party as the APC.

Ethnic affiliation is not enough reason to support a candidate, capacity matters a lot. And, this is what the Governor meant when he wrote in his newsletter that “the task before us now is to strategise to ensure that in Oyo State, it is the PDP from top to bottom, which is what everyone who cares about good governance in Oyo State should be interested in.”

Our choices today gives a reflection of how we value our tomorrow. A choice to patch-up failure today is a bold step at dashing every hope of a better tomorrow. The failure of this administration in the last 7 years is the failure of the APC and their manifesto. The only thing they are offering the Nigerian people right now is the change of personalities, not ideology. Meanwhile, in 2015, they offered change of name/colour characteristics, today, we all know where it has brought us.

Kazeem Olalekan Israel (GANI) writes from Ibadan, Nigeria. He is a member of GSM Advocates.