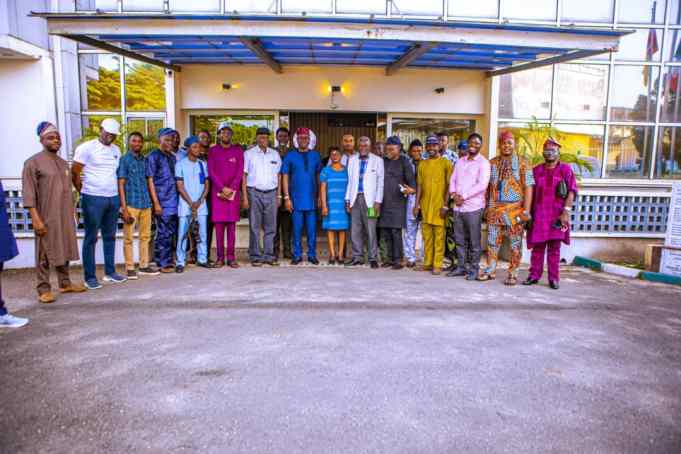 The re-election campaign of Seyi Makinde, governor of Oyo State, is starting on a note as ace broadcasters in the state are in the list of media team released Thursday evening.

According to a statement by the team, sent out by its secretary, Omolere Omoetan, apart from Agidigbo FM owner, Oriyomi Hamzat, other top media executives who made the list are Abolade Salami (head of station, Fresh FM); Tunde Olawuwo (general manager Splash and Lagelu FM) and Olalomi Amole, a freelance broadcaster with Fresh FM and board member of the Local Government Service Commission.

Media aides of the Governor, Bosede Sodiq, Moses Alao, Tunde Momoh and Dare Aleshiloye, are also part of the Committee.

Speaking after a meeting, Makinde stated that he was impressed by the professionalism and work ethic of his 2018-2019 election campaign Media team led by Prince Dotun Oyelade. This informed his decision to re-appoint him and his team, noting that he has confidence in him and his team to perform.

Speaking further, the governor emphasized his confidence that the Committee would repeat its outstanding performance of 2018-2019. He expressed his readiness to provide all necessary support towards the effective discharge of their activities.

Responding, Oyelade expressed the gratitude of the Committee to Governor Seyi Makinde. He said it was an honour for them to be part of the governor’s election campaign team once again.

Continuing, he assured Governor Makinde that the Media and Publicity Committee would do its utmost to ensure the governor’s re-election in 2023. He said that, just as in 2018-2019, they would execute a thoroughly professional job which would be devoid of propaganda or mudslinging.

He added that, drawing from the experience garnered in 2018-2019, the Media and Publicity Committee had been enriched with the inclusion of new members who were professionally relevant.

Oyelade said he expects his committee’s work would be less difficult this time, compared to 2018-2019, because Governor Makinde had acquitted himself excellently in his three-and-half years as governor of Oyo State. He described the governor as a “marketable product” whose lists of achievements speak for him.

In closing, he used the opportunity to call on the good people of Oyo State to re-elect Seyi Makinde as governor of Oyo State in 2023, saying that one good term, deserves another.