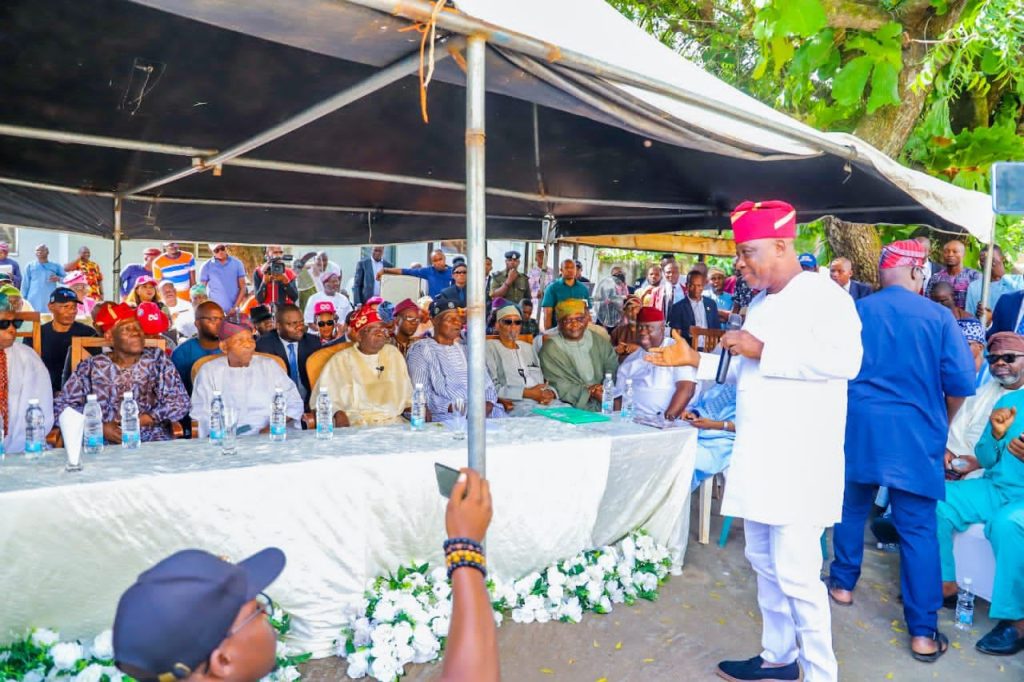 Following rumors that the deputy governor of Oyo state had declared that Governor Seyi Makinde had endorsed the presidential candidate of the ruling All Progressives Congress APC, Asiwaju Bola Ahmed Tinubu, at a meeting called by the former leader of the Yoruba Socio Cultural Group, Afenifere on Sunday, an eyewitness at the program in Akure has debunked the alleged endorsement widely shared on social media, emphasizing that the deputy governor never for a moment pitched tent with the presidential ambition of Asiwaju Bola Ahmed Tinubu.

The eyewitness, who identified himself as Niyi Falodun from Ondo State, questioned why the deputy governor’s hysterical singing of the Oyo State anthem has suddenly turned in favor of Asiwaju’s ambition simply because they share the same sobriquet.

He emphasized that the APC members at the program cut short the video tape that was widely shared on social media to give themselves a morale boost from their impending defeat at the upcoming 2023 election.

While stressing that Governor Makinde only honored the invitation by sending his deputy to serve as the state of Oyo’s representative because it concerned the Yoruba Issue and was extended by an elderly former Afenifere leader, he hinted that Pa Fasoranti himself had also publicly debunked his purported endorsement of Asiwaju Bola Ahmed Tinubu.

He contends that Oyo State cannot be ignored or put to the background in discussions on Yoruba race given the significance of the state, particularly Ibadan, which serves as both the regional and political capital of all Yoruba tribes. If an Oyo state representative, also referred to as an Asiwaju or pacesetter, is not involved, it is deemed incomplete.

Falodun also stressed that the deputy governor made it clear in his speech that Governor Makinde and other governors had joined forces to make sure that the Amotekun security Southwest outfit was as success as it related to matters affecting Yoruba people, despite the fact that they do not belong to the same political party.

However, on Wednesday, when questioned about his remarks on the alleged endorsement that had been incorrectly reported following the Akure meeting by newsmen, the deputy governor at his Bashorun residence in Ibadan emphasized that Governor Seyi Makinde had never said in any part of his interview with Fresh FM on Saturday that he wouldn’t support the presidential candidate, Alhaji Atiku Abubakar and Vice Presidential candidate of the party, Ifeanyi Okowa; rather, his position was that the interest of the South should be protected.

He continued, saying that while Governor Seyi Makinde and he already served as the governor and deputy governor of Oyo state, respectively, everyone should consider what would happen to others if the interests of the South were not upheld in the party before criticizing His Excellency.

Lawal urged all the PDP candidates and members to keep up their campaigning efforts, assuring that the party would score 100% at the poll in the upcoming general elections rather than allowing themselves to be seduced by the APC’s shenanigans or demoralized by their voice notes on WhatsApp.