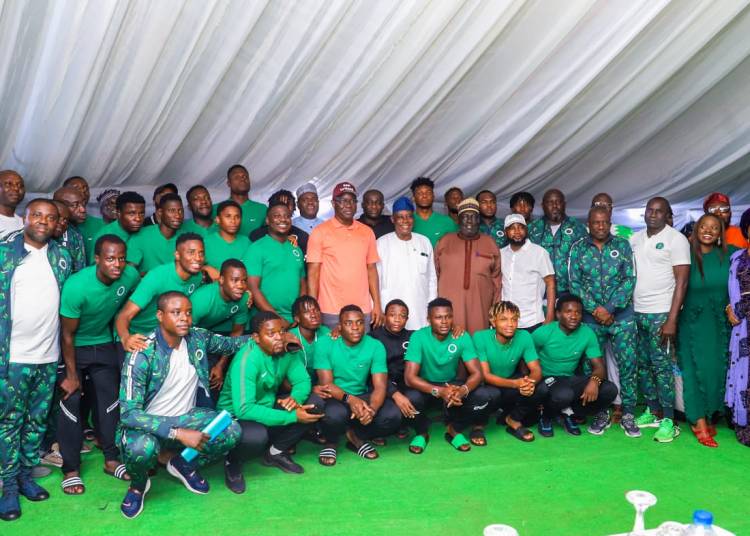 Makinde who promised to be at the competition to cheer them up also announced a gift of N10m on the team ahead of tomorrow’s game and promised to splash additional $25,000 (about N18m) on them after victory.

The Governor maintained that sport is a means of developing our state and that we know what it means for the youth, not just in terms of money but also in terms of motivation and development of the state, at a dinner hosted by the State Government for the team inside the Government House, Agodi, Ibadan.

“At any time, we would be willing to host NfF. I enjoy watching football, and Shooting Star is the first team from this country to win the continental African Cup.

“I want to wish you well and let you know that we are fully behind you. I am supporting you with N10 million right now and using my own ways of motivating you”.

“You will win tomorrow, and I will keep my promise to you as well. Tomorrow’s game promises to be exciting, so let’s show them what we’re made of.

Alhaji Aminu Balele Kurfi, Chairman of the Presidential Task Force, earlier charged the team to win the game for Mr. President Muhammadu Buhari, the Minister of Sports, and Nigeria.

He then gave the team head coach, Salish Yusuf $10,000 to ensure that the team wins the game.