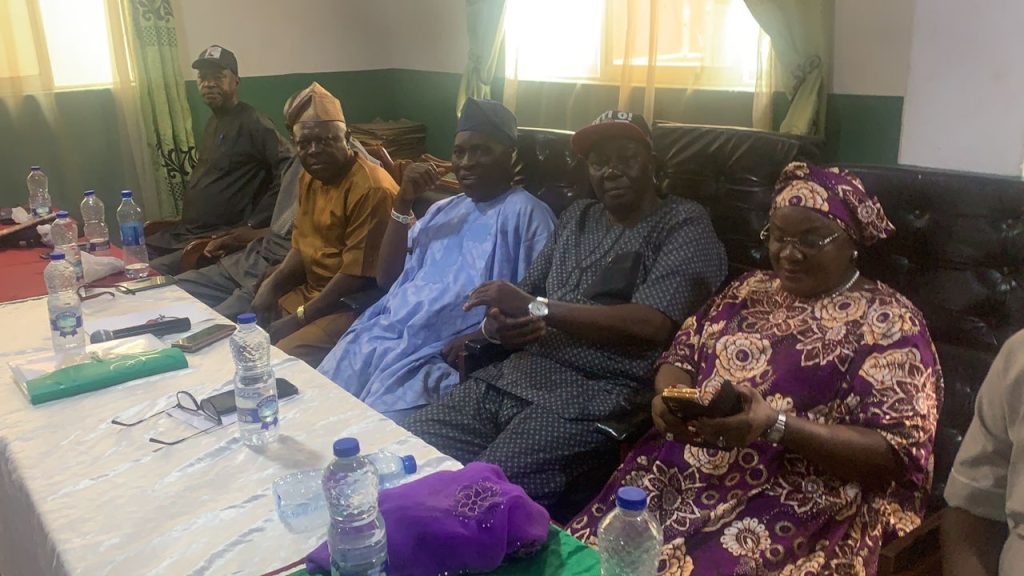 The Oyo state chapter of the People’s Democratic Party (PDP) yesterday formally received Senator Monsurat Sunmonu and other members of the African Democratic Congress (ADC) into the ruling party at its Molete State Secretariat.

This was as the ruling PDP also stated that it will create additional offices in the party across board from ward to the 33 local governments in state in order to accommodate and fully integrate the new members into the party structure.

The Oyo state PDP Chairman, Honourable Dayo Ogungbenro, State Secretary, Alhaji Wasiu Adeleke, and members of the State Working Committee of the party along with the Chairman of all the 33 local government party chairmen, Alhaji Lukman Adesina, formally received Senator Sunmonu and other new members into the PDP.

Senator Sunmonu had very recently led about fourteen members out if twenty one of the state excos of ADC alongside thousands of its members into the ruling PDP at the Lekan Salami stadium, Ibadan where Governor Seyi Makinde, who is the leader of the party officially received the new entrants.

Other top politicians in company of Senator Sunmonu at the state party Secretariat in Ibadan yesterday include the Honourable Commissioner for Information, Culture and Tourism, Dr Wasiu Olatubosun, former deputy governorship candidate, Senatorial, House of Representatives, and state House of Assembly candidates on the platform of ADC.

The state Publicity Secretary of PDP, Akeem Olatunji in a press statement Thursday morning, October 27 and made available to journalists quoted Senator Sunmonu as saying affirming total commitment to the PDP in Oyo state and the reelection bid of Governor Makinde.

Consequently, the ruling PDP assured that both old and new will enjoy fair and equal treatment in term of opportunity within the party while urging the members to as a matter of obligation to the party, be dedicated and committed to work for the success of PDP and all of its candidates in the coming 2023 general elections.

“The party has officially received Senator Monsurat Sunmonu a d other former ADC members who are now members of the PDP in Oyo state into the party. The party is very delighted and we can say that with what has happened and God always on our side, 2023 is as good as a walkover for Governor Seyi Makinde.

“The Oyo state PDP will also create additional offices within the party across board at both ward and local government levels across the state for full integration of our new members into the party’s political structure.

“Senator Sunmonu, who we all know has been one of the powerful influences behind this present government is an Amazon and the only female politician in Oyo state who has attained unprecedented political feats as the first female Speaker of the state House of Assembly as well as first Oyo state female Senator of the federal republic.

“These are achievements we believe women in politics will aspire to reach and surpass which speaks volume of her political prowess, followership and clout in the state, the PDP is very delighted and proud to have such huge political force in our party.” The PDP stated.