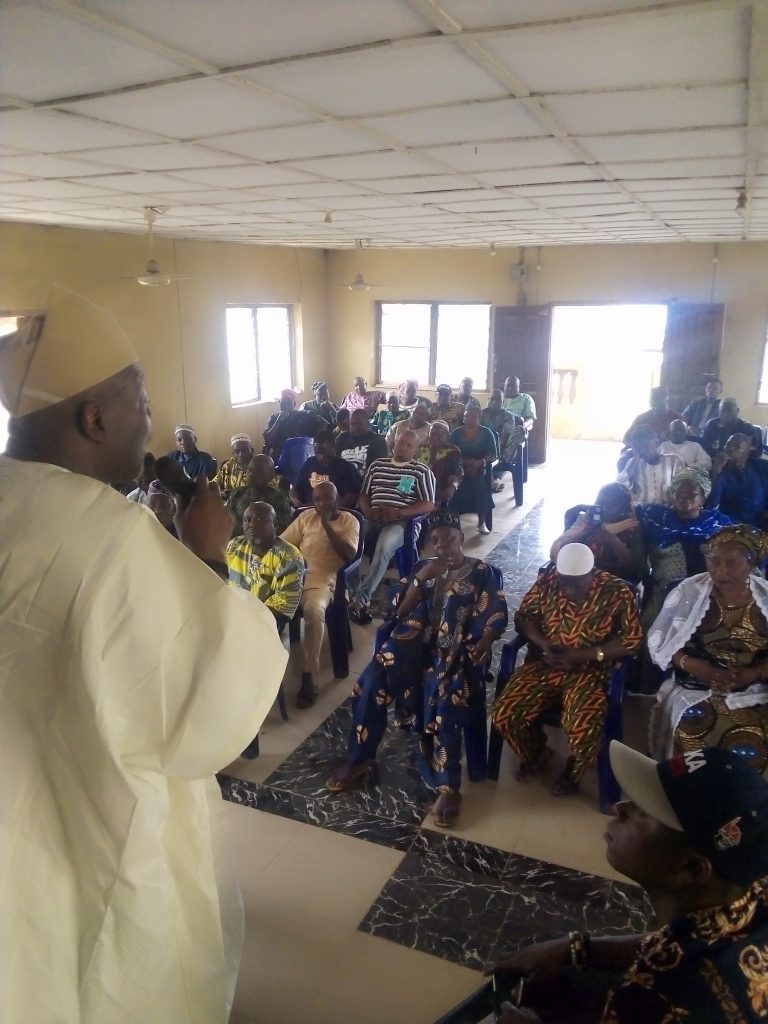 The Sawmillers gave their endorsement meeting Ilaka had with the leadership and prominent members of the association Tuesday in Oyo town.

While speaking at a meeting the Oyo State Registered Timber Contractors and Sawmillers Association Chairman, Alhaji Rahman Bolagade described the PDP Senatorial candidate as a gentle man who is committed to the welfare of his people, noting that he will raise the bar of quality and purposeful political representation in Oyo Central as a Senator, Bolagade affirmed that a vote for Chief Bisi Ilaka would guarantee not only a better representation, but also bring about improvement in the social wellbeing of the people of Oyo Central Senatorial district.

Speaking further, Bolagade added that they decided to Pitch their tent with former Oyo Chief of Staff to Governor Seyi Makinde, because they believe that he is ready to put smiles on their faces with regards to some of the the challenges they are facing, such as incessant Power failure which is adversely affecting their business, empowerment of their members, proper regulatory timber laws as well as provision of social amenities.

Equally, Alhaji Kabiru Olajide Vice Chairman of the Association, solicits the support of the senatorial candidate on completion of 132KV step-down electrification process ongoing at Oluewu village along Oyo-Iseyin road, adding that constant power failure has affect their livelihood, the situation has gotten worse due to the increase in price of diesel which is an alternative to source of power.

In his remarks, Chief Bisi Ilaka, who is also the Ladilu of Oyo Kingdom appreciated the support and endorsement of his ambition by the Sawmillers Association, He assured them of his preparedness and commitment to provide quality and proper representation at the Red Chamber.

He said; “The primary duty of a senator is to influence policies and laws. Now there are simple policies that can turn around the lives and the human development capital of young people, women and children.”

He explained that he was moved to contest the seat because of his desire to offer quality service to the people and to serve as a voice to the voiceless, adding that his mandate would be to repeal laws and policies that do not allow progress to serve everyone, especially the youths, men and women as well as traders and vocational works.

“Our people are talented so we need to put them on the global stage, I’ll provide proper solutions to your obstacle and offer first class representation” Ilaka stressed.