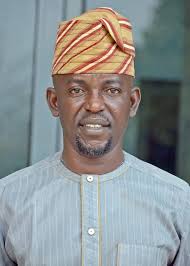 The Oluyole Market Men/Women Association in Ibadan has heaped praises on the Oyo state Publicity Secretary of the ruling People’s Democratic Party (PDP) saying the association is proud of the ruling party’s spokesperson.

The praises according to the association is in special recognition of Olatunji’s contribution to the growth and wellbeing of the association members as well as the its impacts on the harmonious relationship among market leaders in Oluyole local government.

The commendation by the market association is therefore, coming less than two weeks after receiving the NUT meritorious service award.

According to the market association, Olatunji’s show of humility and accommodating character, ability to remain focused in the face of political challenges, wisdom, knowledge, and deep understanding of Oyo state politics, and his act of generousity, especially to members of the association and the party make him an exceptional breed of politician.

The association noted that Olatunji’s contribution to the development and harmonious relationship among members of the market association.

The association however, urged Olatunji to remain steadfast in those attributes that have endeared him to so many within and outside the political circle in the state.

“The entire body of the association is very grateful and appreciate your conduct, relationship, and behavior both within and outside the party particularly in Oluyole local government government council.

“With great and closed unalloyed interest created in our market association since you got to that enviable position in PDP as the Oyo state party Spokesman in which you have never disappointed the party or association for once.

“You intelligence in displaying humility and accommodating spirit, ability to stay focus, wisdom, knowledge, and deep understanding, and your act of generousity have proven that you’re a true son of Ibadanland.

“In reference to what have been mentioned, this association acknowledged what you’re giving to us, and it is highly appreciated therefore, we deem it fit to celebrate you as a token of our profound appreciation for the good job you’re doing.” The association said.