The Re-election Of Governor Seyi Makinde; Beyond A Debate ||By Tolu Adewusi 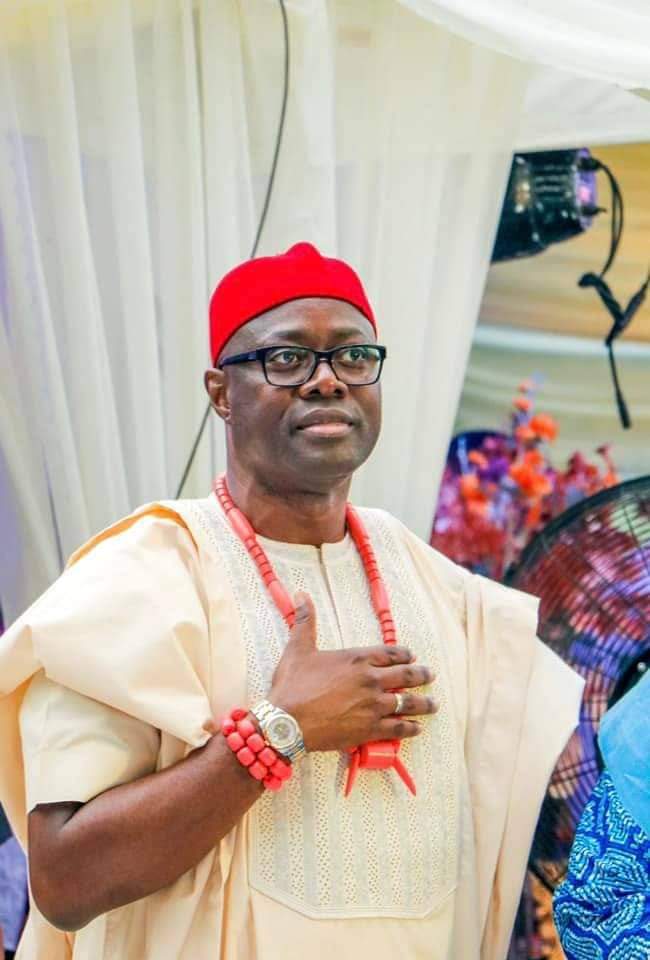 Truly, defeating the incumbent is not impossible, Seyi Makinde exhibited this possibility with 157,639 votes in 2019. But does this demean the power of the incumbent? Does this evidently satisfy that there is really no power as such that can be wielded by the incumbent to maintain the seat? We all agree it does not.

I read an article recently, analysing the shortcomings of the Seyi Makinde administration that are likely to be seized as tools by the oppositions, deceitfully posing a balance by sprinkling some of the fragrance of the good of the administration across zones too.

WITH FACTS ONLY:
There is no known single eye-brow raised from Iseyin at the removal of Mr. Rauf Olaniyan as Deputy Governor. In fact, there had been more acceptability from that same Iseyin, of Barr. Bayo Lawal as Deputy Governor.

The choice of Barr Bayo Lawal who hails from the same federal constituency as the former(Irepo/Oorelope/Olorunsogo federal constituency) was in fact agreed upon WITHOUT ANY SINGLE COUNTERING NOMINATION by the party leaders representing the OkeOgun zone.

Hence, the picture of a supposed unsettlement due to the impeachment of the former deputy governor is only a faux and apparently has no significance in deciding the next electioneering result, except if it is rather to imply that the appointment of Barr. Bayo Lawal will boost the chances of re-electing Governor Seyi Makinde.

On alleged exploitation and extortion of taxi drivers by the Park Management System in the State; Engr. Seyi Makinde in a bid to curb the incessant rancour in the transport sector that ceaselessly emanates from position tussles under the NURTW system, implemented the Oyo State Park Management System which has since been a model for some other States in the Federation. There are however peculiarities with Oyo State as the NURTW tries to adamantly rival the PMS, as it is natively expected that such body who wielded so much before their replacement, would not just be nipped in the bud, especially in a State as Oyo State, considering the economic influence of the sector, amongst other factors.

Despite this, the Governor also, in his native intelligence, understands this, and initiated a reconciliation between factions of these two bodies, giving room to members of the defunct NURTW in the State to work with the adopted Park Management System. Meanwhile, prior to this reconciliation gesture, there had been impersonations of the PMS by the aggrieved NURTW members, going about extorting motorists to maintain the lifestyle they were not anticipating to lose before the emergence of the PMS.

There are legal acts and provisions to ensure that the PMS maintain laws and orders, and not tow the path of violence of the former, also restricting them from activities as alleged, of extortion and exploitation.

There are fixed and reasonable levies that motorists are accustomed to already, and presently, these motorists appreciate the effort of the State Government in the coordination of the transport sector, the new developments, and particularly, the good roads making their jobs easy within the State.

And about the revenue, does anyone still need to be enlightened that bus terminals are long term projects which need firstly to be maintained, sustained and then become benevolent to the economy?

Most government believed only in the present and what they can benefit from it, limiting their vision of projects to instant revenue, thus threatening the sustainability of the economy of the State, but Seyi Makinde on another hand has proven to be visionary, like the proverbial elder who plants a tree for a shade he has no intention to benefit from; the more reason he should be re-elected, rather than the other.

Ibadan is currently ranked 2nd fastest growing city in Africa for the year 2022, by the United Nations Human Settlements Programme(UN-Habitat) research, on the metrics of urbanisation, industrialization, population and job opportunities; and this increase makes me wonder why anyone would say Ibadan is not livable; should that even be forgiven?

True to admit that Ibadan has severally been noted for dirtiness and illicit dumping of solid waste in places demeaning to the Capital of the PaceSetter State, it is also very important to note that this attribute is not peculiar to this administration; nevertheless, proper attention has been paid to curb this defect.

The Seyi Makinde administration through the World Bank-Assisted Project Intervention and with counterpart funding from the Oyo State Government, purchased 1,000 trolley bins, 15 tricycle machines, and an amphibious excavator for proper evacuation and dumping of solid waste in the State; implemented a new waste management architecture and contracted a new waste management consultant to oversee new developments such as registration, identification, verification, payment, and dumping of wastes. To complement these, about 330 Environmental Health Officers were assigned to each Local Government Area in the State for an immediate monitoring structure.

And Ibadan, being a centre of economic activities in the State cannot be denied of being one of the major contributors to the increase of the State’s Internally Generated Revenue(IGR) to 52 billion naira, recording a 37% year-on-year IGR growth under the Seyi Makinde led administration; that’s enough evidence of a journey from poverty to prosperity.

Apparently, with these efforts and development in Ibadan and beyond, not aligning with the already visible effects in anticipation of the imminent lasting change they offer, should be termed sentimental. A clear headed individual would rather support these efforts by re-electing the initiator.

The unfortunate incidents in Ibarapa are a replica of our state as a nation in general as regards insecurity and tribal intolerances; nevertheless Governor Seyi Makinde despite his incapacity according to the federal constitution on security matters, made significant efforts to address the issue, deployed Amotekun in a joint exercise with other security networks, which enjoined the Vigilante Group of Nigeria and the Miyetti Allah vigilantes, and eventually remarkably brought back normalcy to the area.
A further uprising in the area had the retired Commissioner for Police in Lagos State, Fatai Owoseni(rtd) and the former Oyo State Commissioner of Police, Ngozi Onadeko to the area again for strategic meetings on peaceful coexistence in the area. The Governor also launched a two-day peace/fact-finding mission to the area. These efforts however are to be complemented by community policing which he proposed as the lasting solution to these crises and other crises of the same sort.

Nevertheless, today, we can tell the difference between those times and now, which indicates the success of the efforts.

There will always be aggrieved political party leaders in every party. This is not peculiar to any party and hence, doesn’t guarantee any party the chance of winning the election. With these, we can tell that every supposed analysis to predict an imminent failure in the cause of re-electing Engr. Seyi Makinde with the aforementioned points, are baseless.

We will however not relent in our efforts to promote good governance, until Seyi Makinde re-emerges as Governor of the pacesetter State come 2023 to fully attain his vision of elevating Oyo State from poverty to prosperity.

Tolu Adewusi is a member of GSM ADVOCATES