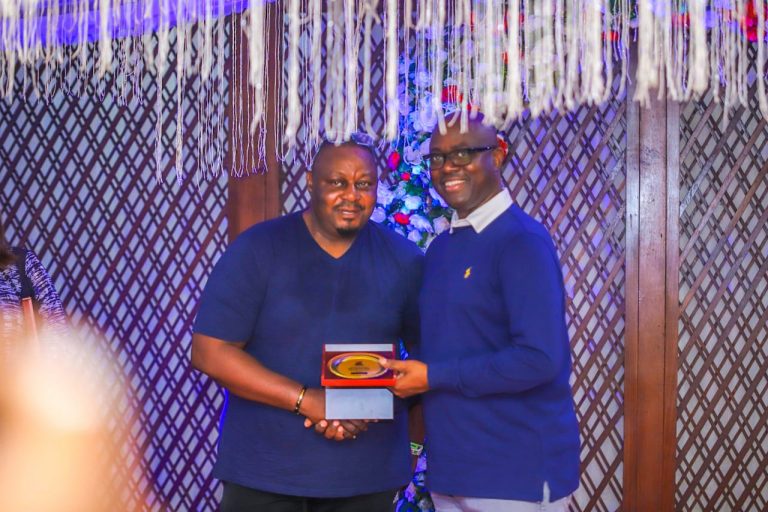 The Special adviser on local government and chieftaincy matters, Honourable Adeniyi Adeyinka Kazim ‘Bibire’ has been honoured with a merit award by his Excellency Governor Seyi Makinde for his tremendous contribution to the development of the state.

In his usual way of encouraging and appreciating those who always imbibe the values and ethos of public service, dignity of labour, uncompromising commitment to accountability and probity in discharging their saddled responsibility, the governor honoured his special adviser on local government and chieftaincy matters as well as other performing executive working tremendously for the success of his administration.

Governor Seyi Makinde while presenting the award to his Special adviser on local government and chieftaincy matters who also doubles as Tegbe’s campaign DG lauded him for being an unflinching loyalist and a performer of an immeasurable depth. He said his contributions to the success of the administration is crystal clear.