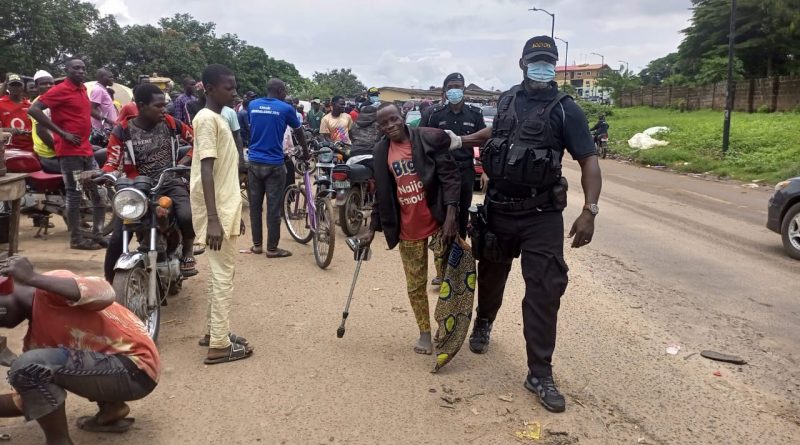 The government explained that it will not rest on its oars until beggars and destitute are totally get rid of the nooks and crannies of the state.

The State Commissioner for Women Affairs and Social Inclusion, Alhaja Kafilat Olayiwola, stated this in Ibadan, during the evacuation exercise.

According to Olayiwola, Oyo State Government is determined to rid the streets of destitute, beggars and mentally challenged persons to rehabilitation centre.

“The exercise is to ensure that the lives of the evacuees and that of the general public are safe and secured.

“Their presence in the society poses danger, as some of them could be agents for criminals.

“So we are going to profiling them, engage some of them in skill acquisition programmes aiming at enhancing the individual’s capacity to enable them build a better life.

She said the evacuation exercise would be a continuous one and that the well-being of all the evacuees would be adequately catered for.

Corroborating the views of the Commissioner, the permanent Secretary, Mrs Grace Oderinde , noted that destitute, beggars and mentally ill persons were constituting environmental hazards on the streets and at strategic locations in the state.

Oderinde, said the state government through the Ministry Women Affairs and Social Inclusion ministry was intensifying efforts to address the menace.

She assured that all the evacuees would be adequately taking care and treated at the rehabilitation centre Akinyele,Ibadan, thereafter engage them in what would add value to their life.

A cross section of Ibadan residents has commended the state government for evacuating the destitute and beggars.

They urged government to make the evacuation a routine exercise, so as to discourage the beggars from the acts, appealed government not to allow those evacuees escape from the rehabilitation centre.