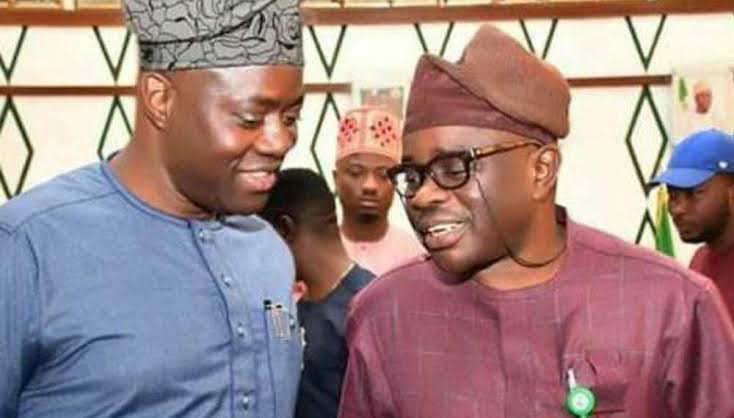 The Chief Press Secretary to Governor Seyi Makinde of Oyo State, Mr Taiwo Adisa, has stated that his principal is not, in anyway, distracted by the happenings within the People’s Democratic Party, PDP, particularly on the call seeking the resignation of the party’s chairman. Senator Iyorchia Ayu.

He explained that the governor remained focused in delivering dividends of democracy to the people of the state, adding that the recent approval of the reconstruction, rehabilitation and dualization of the Iwo-Road/ Olodo/Lalupon road project has given credence to the fact that the governor is not distracted.

Adisa made the submission while fielding questions on Bottom Line, a political programme on IBR 92.5Fm Ibadan, last weekend.

“I can tell you that the contract between the people and the governor is still very much intact and that is why he keeps on delivering on his mandate.

“Just a few days ago, the reconstruction and rehabilitation of the Iwo-Road/ Olodo/Lalupon road project was approved. That is to show you that the governor is focused on his resolve to deliver the dividends of democracy to the people of the state,” He said.

Speaking on the Ibadan Circular Road, he maintained that the construction firm handling it, ENL Consortium Limited, has clearly shown lack of capacity to deliver on the project, which was designed as a bypass for travellers from Lagos passing through Ibadan to other parts of the country through Ibadan-Ife Road.

Recall that the governor had terminated the contract, which was awarded to the firm in 2017, for an alleged delay in delivering the road.

Adisa argued that the road project is being politicised with ENL being allegedly used by some opposition elements to obstruct the efforts of the governor and his government in delivering the within the stipulated time.

He alleged that the consortium resorted to the court after all its attempts to blackmail and hoodwink the governor failed.

In his words: “I think the issue of Ibadan Circular road is being politicized and it is unfortunate. I don’t know whose interest the firm is serving.

“We are talking of a road that will serve not only the people of Ibadan but other neighbouring states. And it will also open up their economies. The contract was revoked from ENL when it showed it does not have the capacity to deliver.”

When asked if it is a must for a contractor to go ahead with a contract it does not have capacity to deliver, Adisa said governor Makinde remains undeterred in his resolve to deliver the road.

It will be recalled that ENL consortium, the construction company from whom the Circular road project in Ibadan was revoked had approached the court, asking it to jail Makinde, the Attorney General of the state and others for allegedly breaching the law.