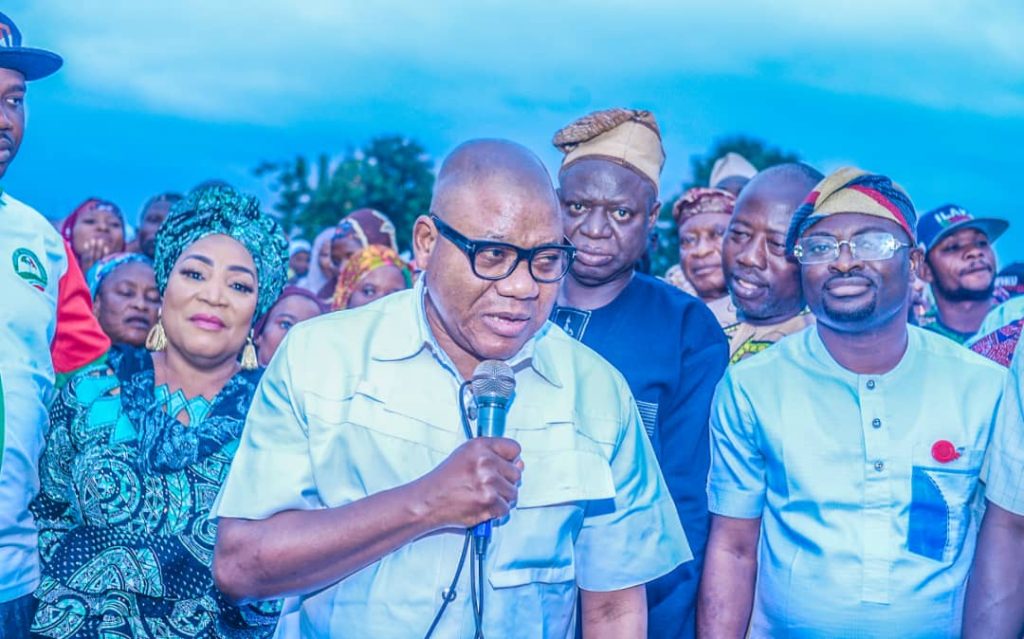 The Oyo federal Constituency House of Representatives Candidate of the People’s Democratic Party (PDP), Honourable Mudashiru Kamil Akinlabi has said that he will operate as a “servant leader” by being answerable and accessible to the people of his constituency, if elected to the green chamber in the forthcoming general elections. Heritage Echo reports.

Akinlabi, who was a former two-term lawmaker, represent Atiba, Oyo East, Oyo West and Afijio between 2007-2011, 2011-2015 made this known during his visit to Oyo East local government PDP general meeting on Monday.

While meeting the party members, leaders and stakeholders, Hon. Kamil Akinlabi added that people holding elective positions are like servants to the people and they must constantly be seen as acting as such.

He said he possesses the required experience and exposure to be a member of the National Assembly, adding that he will use his former two-term experience and network to attract democracy dividends to the people of Oyo East, OyoWest, Atiba and Afijio local government If elected.

“All my projects as a former lawmaker are visible and still functioning, I will continue from where I stopped When you elect me as your Representative into the lower chamber of the National Assembly, you won’t struggle to see me. I will continue to be accessible and answerable to you. Most importantly, I will not be a National Assembly member that you won’t be able to reach. My telephone number is in the public domain, and I answer all calls, that will not change.” he assured.

He further reiterated that Erelu water works. Stopped where he left since 2015, the vocational centres built across the four local government areas has created self-employment for many youths, while assuring the party faithful that he’ll do more by focusing on project that meets the needs of his constituents.

The federal Reps candidate urged the youths to rise up to the challenge and take front role in leadership, while urging the party leadership and members to vote enmass, so as to triumph and ensure all PDP candidate landslide victory at the poll.

Welcoming the Reps candidate, the executive chairman of Oyo East local government, Hon (Prince) Arowosaye Saheed Adeyemi AROSAD, assured the members of the Party that all hands were on deck to make sure that, Hon Kamil Akinlabi and all PDP candidates win this forthcoming election landslide and also stressed that, Hon. Kamil is a man of proven integrity and lover of the masses.

In his own contribution, the Party Chairman of Oyo East PDP, Hon Sakiru Ojo appreciated all members of the party for trooping out to welcome our dear Son, Leader and Candidate of our Party, Honourable Mudashir Kamil Akinlabi, despite the weather condition of incessant rainfall. He urged them to mobilize accross nooks and crannies of the wards and zones to make sure that, we deliver all our candidates for the forthcoming general elections.

On behalf of the Stakeholders and Leaders of the Party, the South West PDP Exco Member, Alhaji Ademola Santos added that, With this good development and resting on the performances of our amiable Governor, Engr Seyi Makinde, victory is assured.