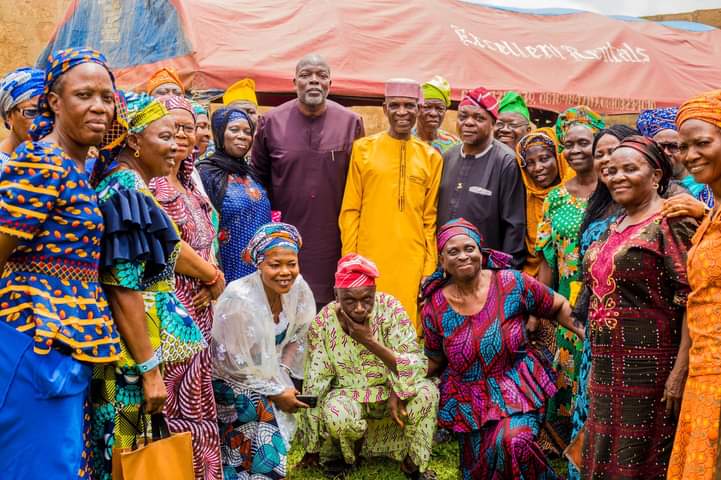 While speaking at a meeting the PDP candidate held with them in Oyo Thursday, the leader of the retirees Mr. Adeniyi Adejumobi explained that a vote for Chief Bisi Ilaka would guarantee a sense of belonging, respect and improved welfare for not just his members, but residents Oyo senatorial district as well.

“We’ve agreed to embark on result-oriented actions that will ease many challenges faced by pensioners, and Oyo Central residents, Having accessibility to our representative is one of such actions, we believe Chief Bisi Ilaka is coming on board to correct the wrong of the past and set new standard of quality representation”.

He further used the medium to commend the executive Governor of Oyo State, Engr Seyi Makinde, the pensioners friendly governor who has been supportive, paying pensioners as at when due, he’s truly talk and do Governor. He noted

“Makinde has deliver his electoral promises, all zones in the State has turned to construction site” he affirmed.

Also, Mrs. Tella added that Primary school retirees has pitch their tent with the former Oyo Chief of Staff, he is committed and more disposed to their course and find solutions to their plight. She noted that they will massively cast their votes for him and all PDP candidates across board in order to secure their tomorrow. “A time has come when the fake politicians will stop taking us for granted, Ilaka knows the way, his late father was part of us, we are confident in his first class representation”. She said.

In his remarks, Chief Bisi Ilaka appreciated the support of the retirees while assuring them of a proper representation at the Red chamber.

He pointed out that if pensioners were well taken care of, they would definitely enjoy the rest of their lives as rest is sweet after labour, adding that his family background had taught him about the need to always cater for the elderly.