Makinde, Fayose In Attendance As Wike’s Group Pulls Out Of Atiku’s Campaign, Insists ‘Ayu Must Go’ 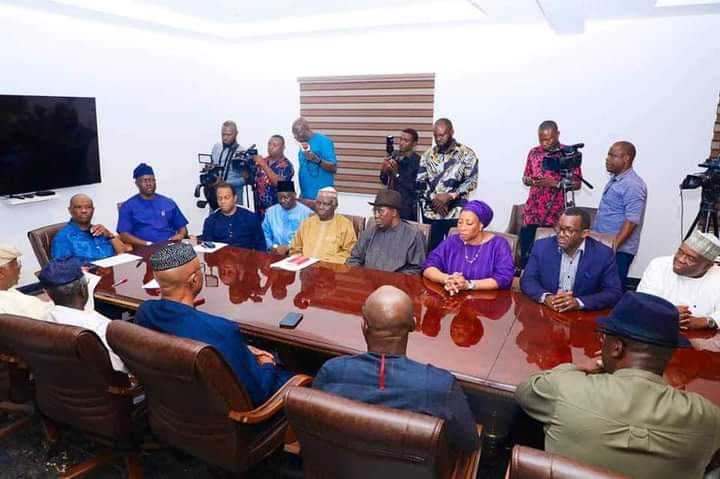 Crisis rocking the Peoples Democratic Party (PDP) deepened on Wednesday as the group loyal to Rivers State Governor, Nyesom Wike, announced that they will not be part of the campaign of the party’s presidential candidate, Atiku Abubakar, for the 2023 elections.

The group, after an all night meeting at the private residence of Wike in Port Harcourt, the Rivers State capital said, they will not participate in the campaign unless Sen Iyorcha Ayu resigned as the national chairman of the party.

The decision of the group was announced by former deputy national chairman of the party, Chief Bode George, after the meeting that was held from 7pm on Tuesday, September 20, to past 2am on Wednesday, September 21.

The decision of Wike’s camp comes exactly one week to the September 28 official date for candidates to kick-off campaign as announced by the Independent National Electoral Commission.