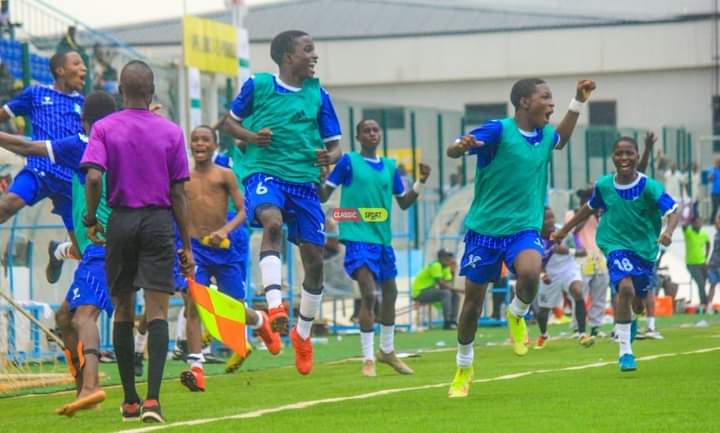 Katsina United physically overwhelmed the young Oluyole Warriors in the first half of the second semi final match, played under floodlights at the Remo Stars Stadium, Ikenne, disallowing them from playing their usual pattern.

Despite this, the Ibadan soccer lords were able to withstand the young Chanji Boys until the last minute of the half when they (Katsina United) got the opener.

The second half was a different ball game as the 3SC boys completely dominated the game, raiding the opponents’ goal area for the equaliser.

In the 47th minutes, one of the forays resulted in a foul on a goal bound 3SC player in the 18 yard box and the referee wasted no time in pointing to the penalty ark.

Abass Abubakar made no mistake from the spot as he calmly slotted in the ball for the well deserved equaliser.

With the time ticking away after the referee added three extra minutes, the hard fighting young Oluyole Warriors ensured the match did not extend into penalty shootout when Ajayi Samuel shot into the net after the Katsina United goalie had spiilled the ball, failibg to handle a well struck shot from outside the 18 yard box.

The Shooting Stars cadet team will lock horns with Remo Stars in Sunday’s grand finale, after the young Sky Blues booked their place in the final via a 2-0 win over Kano Pillars in the first semi final.