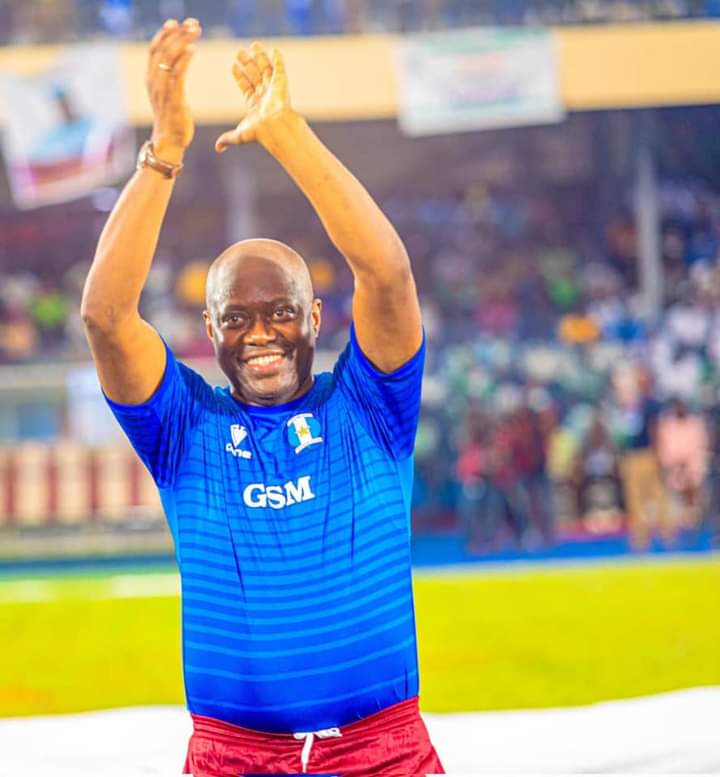 Team 4+4 Oyo State, under the mentorship and supervision of Hon.Gbenga Adewusi Ayinde (a.k.a Arole), the Chairman Oyo state sport council congratulates shooting star sport club (3SC) on their win against Ekiti united 6-0 which earned them a promotion to Nigeria Premier Football League (NFPL)

The team appreciated Oyo state sport council committee and applauded the players for their strong determination to bring back the lost glory.
Team 4+4 further acknowledged the immense support to the Oluyole warrior by the state government, which they suffered in the last 8 years of poor administration.

The team now charged the players not to relent in their efforts, as they are putting effort to bring back a new face to our dear 3SC.

The team now used the opportunity to lauded the effort of His Excellency, Engr. Seyi Makinde on his good legacy to restore the lost Glory of our dearly Oluyole warrior adding that the pace setter State is now moving from poverty to prosperity under the present administration.