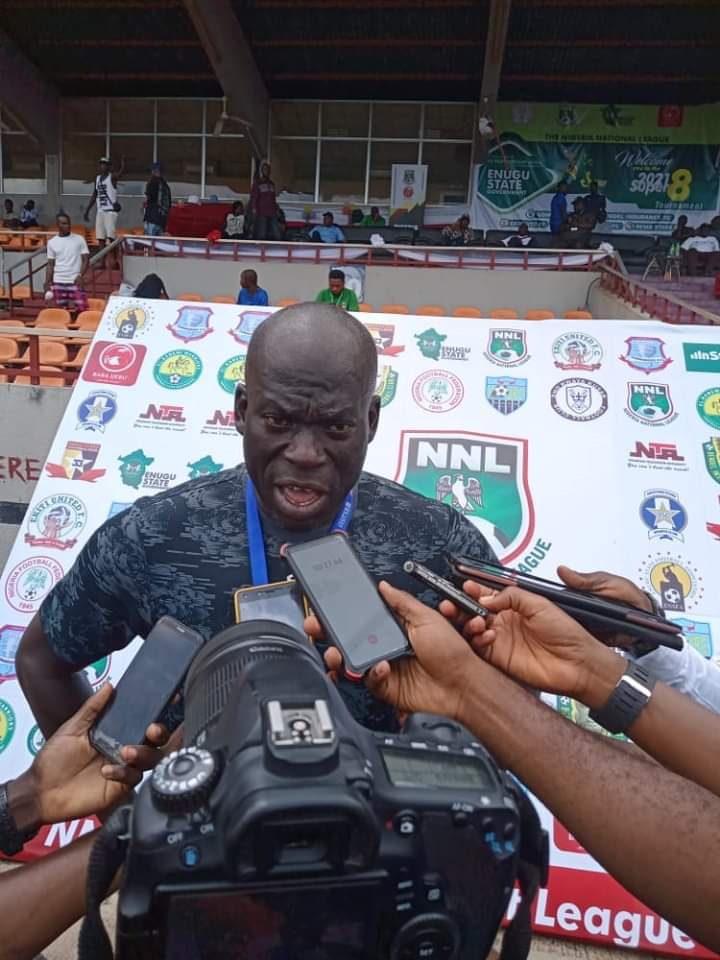 Chief coach of Shooting Stars Sports Club (3SC) of Ibadan, Edith Olumide Agoye, said his side will go for a convincing win in their final group game of thhe NNL Super 8 play off against Ekiti United on Thursday.

In his post match interview after his team was held to a 1-1draw by Remo Stars on Thursday morning at the Nnamdi Azikiwe Stadium, Enugu,, the Shooting Stars’ sweat merchant explained that with the outcome of his team’s first two games, they are left with no option than to win the third game against the Ado-Ekti based side.

According to the statement made available to Heritageecho.com, through the media adviser, Tosin Omolaja, In his words, Esin, as the gaffer is fondly called, said. “We would have loved to win this match to confirm our promotion to the NPFL but unfortunately it didn’t happen.

Speaking on the encounter with Remo Stars, the former Gateway of Abeokuta coach, said he was impressed with the performance of his boys, even though he attributed the late equalizer conceded to a slight loss of concentration.

The Ibadan soccer lords were heading to their second straight win of the tournament until Agbeko Morgan scored a late leveler after substitute, Anthony Okachi had put the Oluyole Warriors ahead.

The result means both 3SC and Remo Stars will go into their final group games with four points each, having won their opening games against Insurance and Ekiti United.

On Thursday, Shooting Stars will battle Ekiti United at 11.30am while Remo Stars will confront Insurance of Benin in a match slated to hold at 6pm.