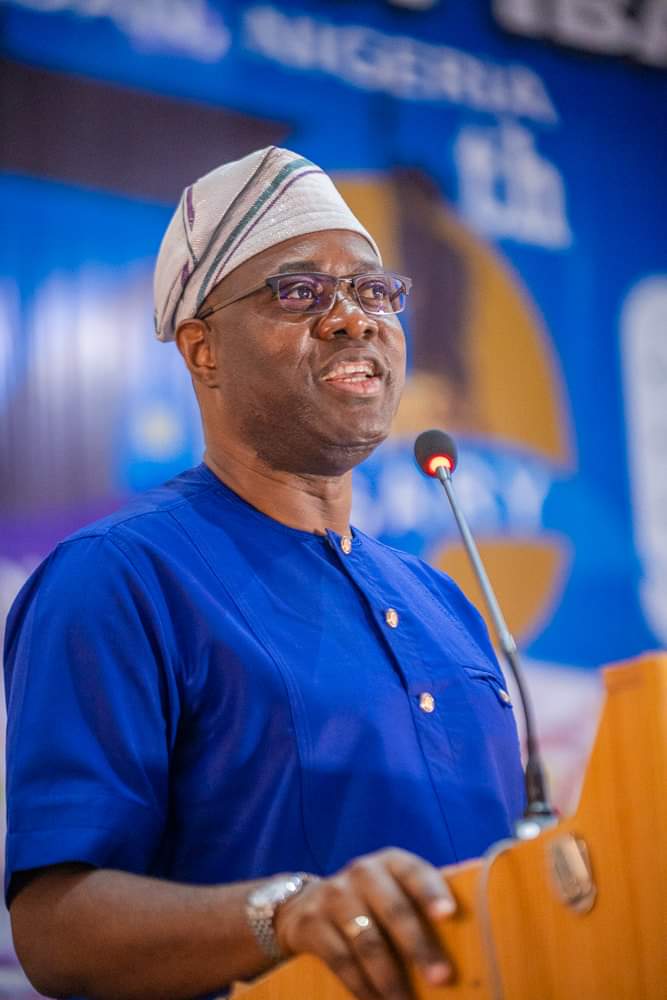 Oyo State Governor, ‘Seyi Makinde, on Saturday, declared that his administration will turn Ibadan to a 21st century city through the provision of developmental projects across the city.

The governor stated this at the inauguration ceremony of 2021/2023 Executive Council of the Central Council of Ibadan Indigenes (CCII), led by its President General, (Prince) Oluyemisi Adeaga, at an event held at Ibadan House, Oke-Aremo, Ibadan.

The governor explained that the Central Council of Ibadan Indigenes is an influential association in the whole of Oyo state, saying that he believes in the ideals of the association.

A statement by the Chief Press Secratary to the governor, Mr.Taiwo Adisa, qouted the governor as saying that most of the projects embarked upon by his administration in Ibadan will transform the city to a 21st Century city.

“The position of CCII on most germane issues concerning our state has always turned out to be the right one because our best, be it intellectual, be it spiritual, or social, are in CCII. So, I want to beg you, if you have any idea and you want us to provide access on it, come and tell us. We will do it.

“We have roughly two years to re-image Ibadan and we are already on that path. Few of the projects we are doing in Ibadan are projects that can lead Ibadan to a city of 21th century. We have commissioned the remodeled Lekan Salami Stadium when majority of states in Nigeria are talking about insecurity, kidnapping, banditry and insurgency; we were still at Adamasingba at 10 p.m. A foreign club was with us and we were not afraid.

“In terms of infrastructure, the Circular Road is one project that would change the landmark in Ibadan. It is 110kms but before our tenure ends in 2023, 75kms of it will be delivered.

“If we can vividly reflect, there used to be bus terminal in Ogunpa in those days. So, we also want to recreate the same with the bus terminals we are putting up at Challenge, Iwo Road and Ojoo. Many people have said they like the light up project we have done already. The ones we have done in Ibadanland alone is not up to 30 per cent of what we planned to do. We are actually supposed to light up 156kms of road in Ibadan. And all they have done is less than 50kms.

“Finally, before I became the governor, I have been contributing my own quota to the growth of CCII. I want to assure you that we will fix the road that leads to this place. Another thing that would be done is, I will donate a bus for CCII.”
The governor also told the gathering that the government and CCII members needed to be involved in the concerns of Olubadan of Ibadanland, adding that he would dust up the files and do something about the issues before the end of the tenure of the current government.
He said: “I do give Ibadan Indigenes scholarship and I want to contribute 10million Naira for that again.”