SECOND TERM: WHO IS JOSTLING AGAINST GSM IN 2️⃣ 0️⃣ 2️⃣ 3️⃣? ||By; Olawale Aremu 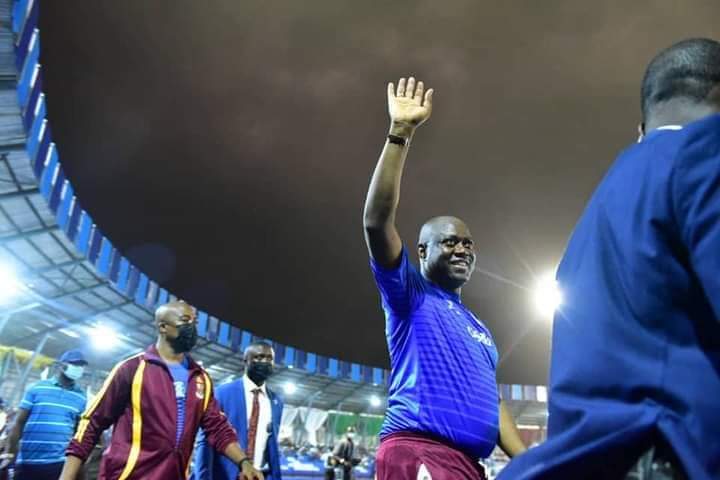 From time immemorial, Oyo State, the headquarters of southwest politics, has never had it fluffy when it comes to political matters and governance. It readily comes to mind when someone talks about power relations and distributions the issue of godfathers and bigwigs. It is quite appreciable to also outline the influence of the five (5️⃣) social institutions in any human society. These institutions are: the family, economy, education, polity, and religion.

Since the return of civil rule that we termed democracy in 1️⃣ 9️⃣ 9️⃣ 9️⃣. Oyo state politics has a had beleaguered trajectory. The first civilian governor in the fourth republic Alhaji Lamidi Onaolapo Adeshina experienced a lot of abrasions and contusions here and there not to talk of his successor High Chief Rashidi Adewolu Ladoja to the Ogbomosho born politician Chief Alao Akala.

Oyo politics has a lot of intrigues. Before the emergence of Late former Gov. Abiola Ajimobi, no governor had done two terms in the state in the past or present democratic dispensation.

The “koseleri” maestro(it never happened before), the deceased former governor, Chief Isiak Abiola Ajimobi enjoyed the good, bad and ugly side of politics. As an Ibadan-born game player, his tenure threw jibes and trolls at the electorates and they never conceded his inordinate. The talk of the town is a man called GSM. What does GSM connote? It is not something related to the telecommunication matter of the ” Global System for Mobile Communication” rather GOVERNOR SEYI MAKINDE. Despite his innovative drives for the development of the state, has he not had his share of bruises? The answer is yes, he has his own dissension. But, a very quick one, what is going on well for him is that he has overwhelming “pro than anti”.

The newly launched Lekan Salami Sports Complex has begun to witness bitter politics across the state and beyond. The stadium recorded magnificent turnaround maintenance by this current administration which had been in the comatose and neglect for decades by the previous governments. The popular idiom is “If it ain’t broke, don’t fix it.” Why the fuss about the few hitches in the international standard stadium yesterday? It rained, yes! Does the governor control nature? No! Few lapses were noticed, the contractor was there to spot the oddities that could easily be fixed. The people from the opposition have started heating the polity to discredit the giant stride of this governor. The point is, GSM is better than their best governor barely two years in office.

Within two years of governance, GSM has masterminded his electioneering of the accelerated roadmap for the development of the pacesetter state in the health sector by healthcare workers, upgrading the primary healthcare system, and still work in progress. In education by employing teachers, training them, and paying them as prompt as possible. Infrastructures have enjoyed a massive facelift with many bus terminals under construction, rehabilitation and construction of roads, and many other long-term projects of the modern era. The state now has a university of its own with campuses springing up. Metropolitan streetlights have not only beautified the city but clamping down on criminality. Dozens of multimillion naira projects are ongoing every day.

The beauty of democracy is freedom of leadership through the poll. By 2️⃣ 0️⃣ 2️⃣ 3️⃣, the electorates will once again become the umpire aside from the INEC in choosing their leaders. The fact that GSM has done enormously well does not imply that political parties candidates will not run against him, but the end will surely justify the means. What do we mean by the term means? It is used to say that the desired result is so good or important that any method, even a morally native one, may be used to achieve it.

If it is to talk of how GSM has affected all the institutions aforementioned, hardly any family in the state has not benefitted from his recruitment drive whether in the area of collar jobs”white/blue/brown/gold” or agribusiness where trained 10 thousand youths.

Economy, the market men/women would have a success story to tell especially with the singing of ” gbogbo ojo medogbon” that based on prompt payment of monthly salaries for the workers/pensioners, the attraction investors, development of cottage industries among others.

Education, teachers, and education officers are not only employed but also promoted. Various loans are made available to them to motivate their job satisfaction.

Polity, GSM is not a politician but a servant-leader. He never acted like one owing to the continuity of many abandoned projects by the erstwhile governments. He also identifies with the different political groups as the case may be.

Religion, is GSM a Muslim or Christian? The answer is, he is “chrislamite” the combination of both. He identifies with both sects appropriately without a side.

Bring on 2️⃣ 0️⃣ 2️⃣ 3️⃣ and let’s see how the end shall justify the means.