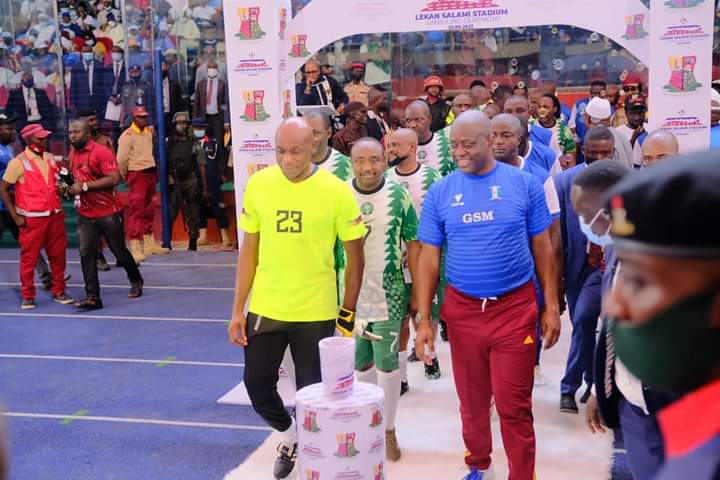 Seyi Makinde’s selected side which had former players of 3SC and the fans were treated to a spectacle.

Before kick-off, a group of students numbering up to 20 had a short dance performance and ended it with fireworks that lit up the packed crowd at the famous Adamasingba.

One notable thing was that the players wore the current Super Eagles kit while governor Makinde’s team were putting on the Shooting Stars colours of blue with a touch of white.

The match ended in a 1-1 draw with former Bolton Wanderers midfielder Okocha and governor Makinde getting their names on the score sheet.

The Super Eagles once played a famous friendly at the Lekan Salami Stadium against Georgia in the build-up to the 1994 World Cup.

Nigeria won the game by 5-1 with the late Rasheedi Yekini and Samson Sisasia scoring as well as Mutiu Adepoju and the only goal scored by the Europeans was from the boots of Revaz Arveladze.