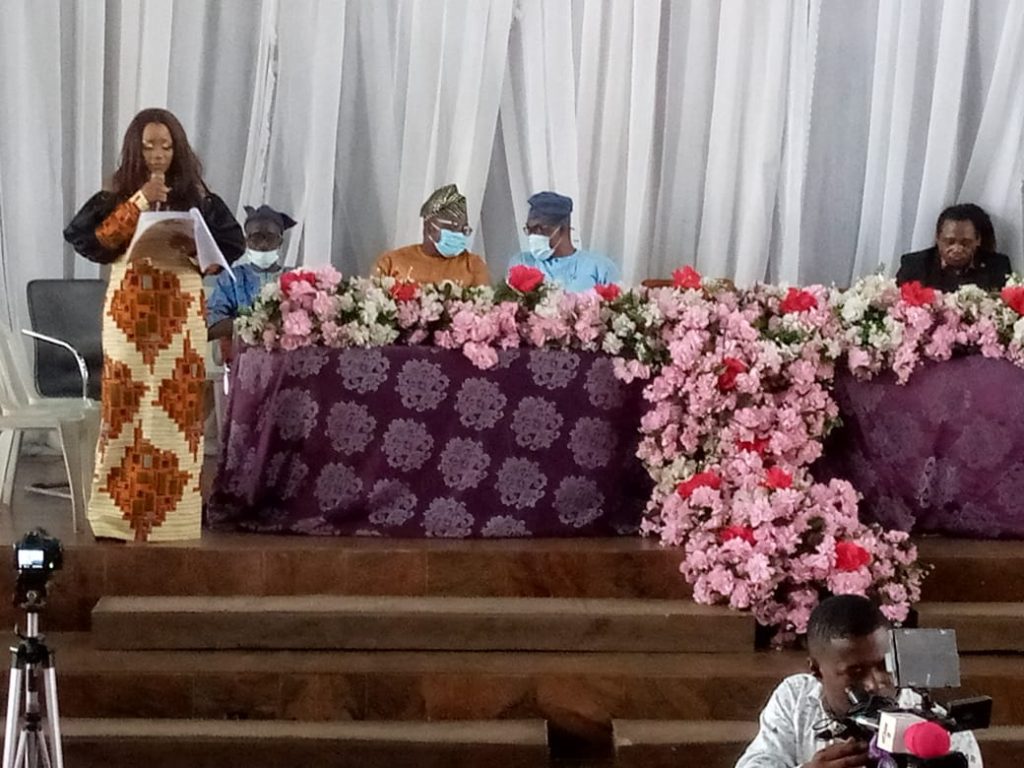 Oyo State Government in conjunction with the Medicred Limited has on Monday through a day seminar trained members of the Nigerian Association of Patient and Proprietary Medicine Dealers (NAPPMED) on ways to achieve a drug free society.

The seminar with the theme, “NAPPMED The Oyo State Drug-Free Evangelists, was held at the House of Chief inside the Oyo State Secretariat Agodi Ibadan, had in attendance top government officials and representatives of various stakeholders, such as the NAFDAC, NDLEA, Police, journalists among others.

In his address at the seminar, the Speaker of the State House of Assembly, Rt. Honorable. Adebo Ogundoyin who was ably represented by his Deputy, Hon. Muhammed Abiodun Fadeyi stressed the needs for all hands to be on deck to ensure that the fight against drug and substance abuse is not in vain.

He said, I’m happy for the able Government under the leadership of Governor Seyi Makinde because he’s putting all the necessary measure in place towards identifying and block all loopholes and all the shortcomings that exists in drugs sales and regulations. Two months ago I was here, as a keynote speaker to speak on the international day against drug abuse and illicit trafficking and the campaign theme on that day was share part with drugs, Say It Loud.

Hon. Ogundoyin stressed further that the theme has strengthen the importance of awareness on the fact on drugs and their dangers, and offensive, he said ‘we recognize the the National Association of Patients and Properties Medicine Dealers as a critical stakeholders in our government efforts towards reducing and elimination a challenges of drugs and substance abuse.

“We also recognize the members of NAPPMED as a Frontline health workers and gatekeepers on matters of drugs and substance abuse within our community particularly at the grassroots level. This seminar is therefore create the needed nexus between NAPPMED, Oyo State Government and other agencies such as NAFDAC and NDLEA and it is our hope that we can obtain the commitment of the over twelve thousand registered members of NAPPMED across the thirty three local government areas of the state at the end of this seminar

“I’m now using this medium to again appreciate the youth empowerment REWIND initiative (YERI), in it’s quest to charge the fruitful cause for our youths across all the Geo Political zones of the State, I want to again assure you that Oyo State House of Assembly will continue to show or to give necessary support to all efforts put forth by the stakeholders in the war against drug abuse in other to successfully reduced the menace in our society. Hon Ogundoyin said.

Briefing journalists on the importance of the gathering, the Special Assistant to Governor Seyi Makinde on Community Relation to Governor, Hon . Olufemi Josiah said, ‘we are today to have a one day seminar towards achieving a drugs and substance free Oyo State, as we are all aware that the menace of drugs abuse has become very prevalent in our society, particularly among our young people, and we found out that in our efforts to combat the menace of drugs abuse, the members of the Nigerian Association of Patient and Proprietary Medicine Dealers NAPPMED are critical stakeholders towards achieving this objectives.

“So we are here today to create a nexus between them, the NDLEA, NAFDAC, we believe that this nexus will give us commitment from their side to the extent that the members will no longer be channel of illicit drug trading or distribution of this substance.

“A lot of young people have taken into codeine, tramadol, and all these drugs are definitely meant to be sold with proscription, but we found out that people dealing in medicine drugs are the channel through which these.drugs gets to people who abuse them, and since we have a relationship with the association we are of the view that with the support of this association and the support of the government of Oyo State we would be able to achieve a drug free society.

Hon. Josiah also said, the NDLEA representative will address the members of NAPPMED, NAFDAC representative is equally going to talk to them, as well as other stakeholders and since we are bringing everybody on board it will be easier for Oyo State Government to achieve our desire goal, which is a drug and substance free state. This Is part of programs of YERI which is Youth Empowerment Rewinding Initiative, we have a lot of young people who are into substance abuse and we are trying our best towards ensuring demand reduction.

“If we are able to reduce the number of people who take drug abuse and substance as a lifetime, by blocking the channel through which these drugs gets to them, we will expect the NDLEA and the NAFDAC which are Federal Government agencies to play their part too by arresting those who might have turn themselves into illicit trader of these drugs.

“We have the representatives of the community council also at this gathering, we have over two thousand Community Development Areas in Oyo State and they are well represented here and I’m so sure that will take the message back home and to the grassroots, also the NAPPMED members are also parts of the society too, they are part of the community, they are also parents, they are doing their legitimate businesses but inadvently they might become channels of illegal distributions, and in order to avoid this from happening that is why we have brought them here face to face, to engage them and talk to them with those that will arrest them if they go against the law. Josiah said.

Also in her contributions, the Mrs. (Pharm.) Bukonla Agunbiade of the Medicred Limited said, this initiative is working In collaboration with Oyo State Government in order to make the State a drug free state and we are working directly with NAPPMED members who are over 17, 000 registered members and they are strategically positioned in the community to help in the fight against drug abuse.

She further maintained that, “We are worried about the menace of the drugs abuse in the society and that is why we are here, to do our own bite by training the NAPPMED members to do better and to come on board in collaboration with the State Government on this fight against drug abuse.

“The government can do better by training the NAPPMED members periodically to remind them and one of such avenue is coming up in November during the Oyo Medicare and Beauty Fiesta, where we will be training over 10,000 NAPPMED members on Psycho Therapy, the youths also should avoid and stay off drugs, because it destroy the brain, NAPPMED can help on this fight by telling everybody around on the danger of drugs abuse, they can assist through educating everybody on why they need to be healthy and stay off drugs

“They must also make sure that they don’t just sell drugs to anyboy, they must lecture their customers about the side effects of drugs.NAPPMED can do better by educating their customers , their patients before even giving drugs to them. Bukonla stressed.