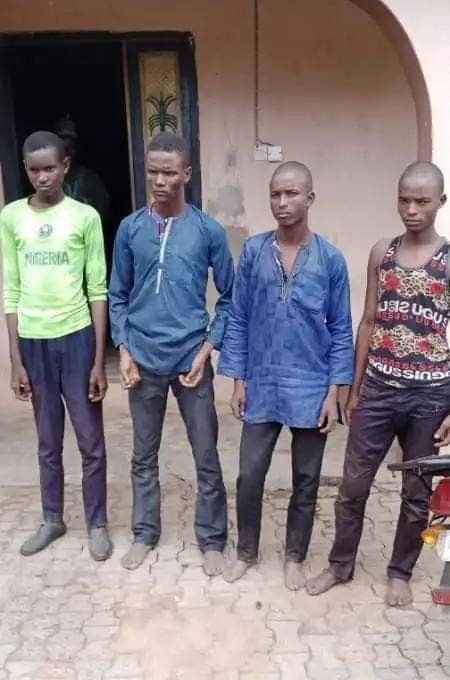 The four men were apprehended while attempting to kidnap another farmer at Odo-‘Mighty Ogun’s Farm,’ where they were found with a variety of weaponry including locally made firearms and ammo, machetes, knives, and other hazardous weapons.

The offenders told Amotekun operatives that they were responsible for two successful kidnappings in which they received N6.4 million and N1.2 million from the two victims.

They also said that they sent N3 million from the ransom collected to a yet-to-be-identified contact in Kano State, who they said would assist them in obtaining several cows.

The suspects have been handed over to the police in Iseyin for additional investigation and prosecution, according to a close source within the Amotekun operatives in Iseyin who spoke to The Chronicler Newspaper.

Our reporter’s attempts to corroborate the suspects’ transfer to the police by calling the Divisional Police Officer, Iseyin Divisional Headquarters, were unsuccessful because he did not answer the phone.