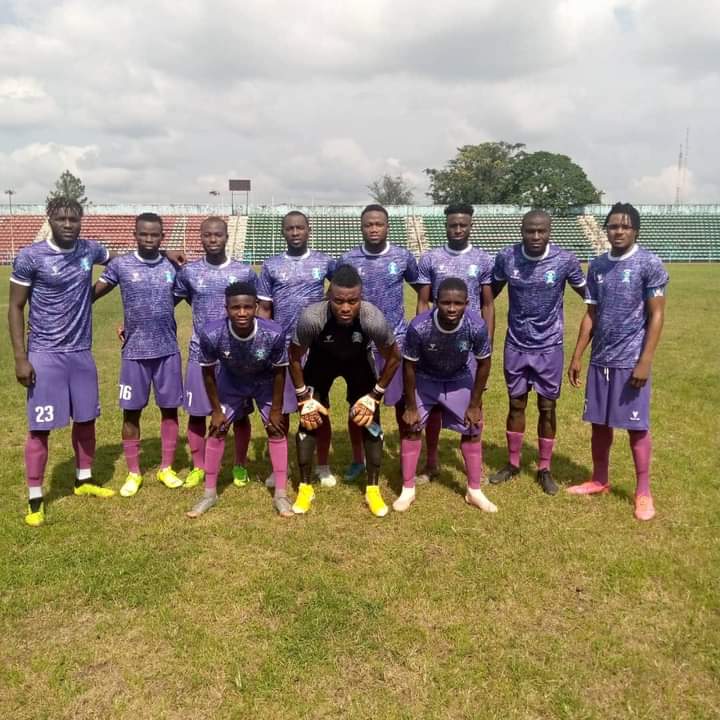 Heritageecho.com gathered that, the matchday 22 encounter, decided at the U.J Esuene Stadium, Calabar, was one of the pairings that climaxed hostilities in the Southern Conference Group B1 of the 2020/21 Nigeria National League (NNL) regular season.

According to the team media director, Tosin Omolaja, Said ‘Having already emerged tbe winner of the group, the Edith Agoye tutored Oluyole Warriors, put up a scintilating performance, stretching the Canaan City side to the limit.”

With goalkeeper Dare Dede, who made some astonishing saves in the game, in goal, ably covered by Abbey Benson, Elum Henry, Amodu Nurudeen, Lanre Ferinyaro and Muritala Taye, the stars had little to worry about at the backline.

While Nafiu Raheem and Akilu Muhammed stamped their authority in the middle, Chinedu Enuademu, Malomo Ayodeji and Najeem Olukokun took the fight to the Samson Unuanel tutored Rovers’ half, forcing the best out of the opponent’s defense.

The introduction of Raheem Quadry for Ferinyaro in the first half as well as Gafar Olafimihan and Nura Muhammed for the duo of Olukokun and Chinedu, in the second half further helped 3SC in increasing the pressure on the host, who however did well enough defensively to curtail the visitors.

Towards the end of the match, the homers, who fizled out at some points, tried to break the deadlock but they met a stiff resistance from the Oluyole Warriors’ rear guards

There were not many clear cut chances in the encounter as acton was mostly in the midfield where 3SC dominated possession.

Shooting Stars look forward to the planned Super 8 where they are expected to face three other teams, Ekiti United, Group B1 runner up and the yet to be known two qualifiers from Group B2 which will be concluded next weekend.