Oyo Workers Will Get 13Month Salary, As long As I Remain Gov—Makinde Assures 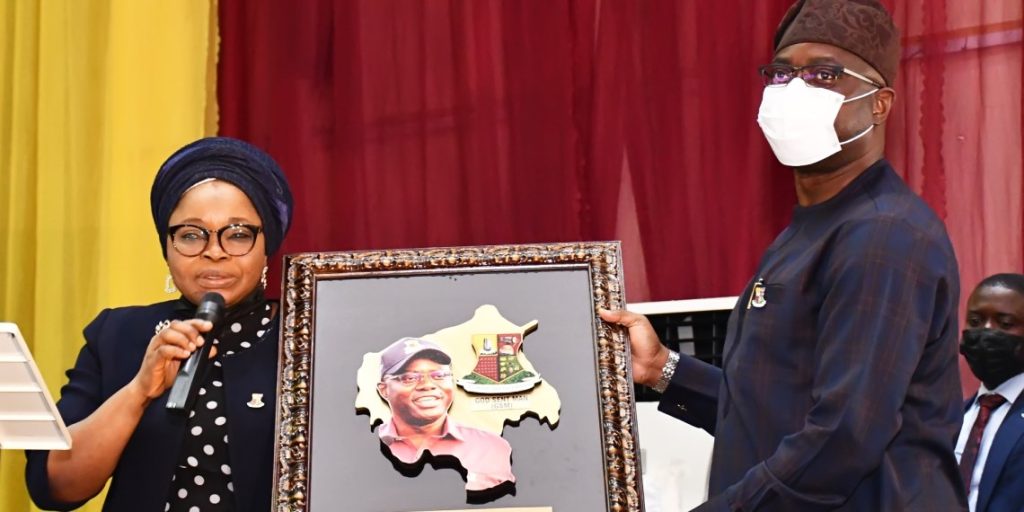 Oyo State governor, ‘Seyi Makinde, on Thursday, said that his administration will never sacrifice merit and orderliness for political exigencies in the state.

The governor, who was speaking at the state’s 2020 Productivity and Merit Award ceremony held at the International Conference Centre, University of Ibadan, stated that his administration will continue to recognize the contributions of Civil/Public servants to the development of Oyo State.

A statement by the Chief Press Secretary to the governor, Mr. Taiwo Adisa, quoted the governor as saying that anyone who has worked hard deserved his rewards.

He said: “Looking round this hall today and seeing those that have just taken their productivity and merit awards, as I was handing over their plaque and token to them, I saw the bright smiles on their faces. And this reminds me of how people who have worked deserve to be rewarded.”

According to him, the annual merit award programme is one of the many ways that his administration is using to boost the morale of civil and public servants to enable them to become high performers.

“Yes, we all know the reputation that the civil servants have in the country. Some people even say that all lazy people come to the civil/public service because they don’t have to do any work. But here in Oyo State, we are surely changing that narrative,” the governor added.

Governor Makinde revealed that when he came into office, he saw some anomalies, which he said should not be allowed to continue.

“When I came in, the HOS and most people at the top positions in government are not aware of this story, but I asked for the list of cabinet members from around 2015 till when we came in and I found that there were anomalies and I asked myself if this could have been done by the civil servants or politicians.

“What I discovered was that there was a Head of Service with no record in the cabinet office that she was HOS because she was appointed as a level 10 officer to head the entire workforce. And I said to myself; is this something done by civil servants or politicians and I concluded that it was done by the political leadership at that time.

“And I said to myself that never again must we sacrifice merit and orderliness for political exigency. And those that did it should be listening to me because our people are going to shine their eyes and they would never give them that opportunity to mess up the state up again.”

“When we came in, this administration paid the salary of workers in May 2019. It would have been paid in the first week of June 2019 and we said we would pick a date to always pay the workers’ salary and they said no, because they thought we could not sustain it. Well, this is over two years and I can tell you that the system we have set up does not need me to trigger the payment of salary on the 25th of every month.

“Well, we are in August and, in another two or three weeks, we will enter the ‘ember’ months. I can tell you that, in December, you will still get your 13th month salary. By the grace of God, this is how it will continue until we complete our tenure in office.

“We changed the buses for the workers and opened the staff clinic in the secretariat. We have taken these actions to show how much we care about your well-being,” he said.

He also disclosed that the recent staff verification exercise was not meant to witch-hunt workers but rather meant to clear the reputation of the workforce and make their service more efficient.

While speaking at the event, the Head of Service, Mrs. Ololade Agboola, described Governor Makinde as a governor who is passionate about workers’ welfare, adding that he has a fantastic and harmonious relationship with civil servants and pensioners in the state.

She said: “Without a doubt, the concept of celebrating public officials was obviously informed by the conviction of the government that such officials have enriched the policy formulation/development of service, quality of public service delivery and overall governance in the state.

“You will all recall that the Merit Award Programme used to be celebrated with the Inter-Faith Prayer Programme, as no specific date was set aside for the recognition of Public Officials. His Excellency, Governor Seyi Makinde, however, made a vow during the 2019 Merit Award Programme that it would be celebrated on a different and special day set aside specifically to honour the Civil/Public Servants.

“We had the first edition last year where over 40 extraordinary Civil/Public Servants who distinguished themselves in the year 2019 were recognized, celebrated and given both cash and prize awards. Today being the 2nd edition of the award programme, sixty-two (62) excellent workers have been carefully chosen by the Committee set up for the screening exercise.”

The Head of Service admonished all awardees to remain good ambassadors of the state’s Civil/Public Service, saying that the awards should motivate them to prepare for greater and tougher challenges in their career.

She equally enjoined civil and public servants to reciprocate the kind gesture of Governor Makinde by putting in their best in the service of the state.

“However, I wish to admonish you also to put in your best to distinguish yourselves. All hands must be on deck to assist the government in blocking loopholes in revenue collection and effective service delivery,” she said.