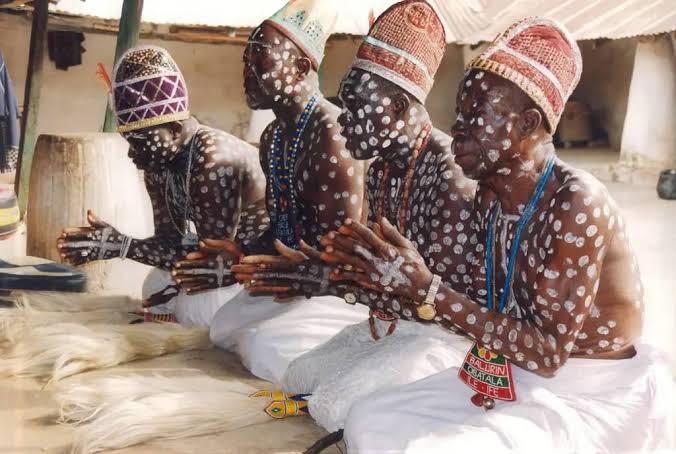 Traditional worshippers in Oyo State have commended the governor of Osun State, Gboyega Oyetola for declaring a work-free day for the celebration of the World Isese Day in the State.

According to a statement signed by the Chairman, Traditional Worshippers Association, Oyo State Chapter, Surveyor Adefabi Dasola Fadiran and the State Secretary, Mogaji (Dr.) Fakayode Fayemi Fatunde on Thursday after a Press briefing in preparation for the 2021 Isese Day in Ibadan, the governor has shown enough boldness in supporting the Yoruba heritage.

The 2021 Isese Day Festival is celebrated all over the World on the 20th of August in every year, by traditional worshippers.

The body attributed the peaceful atmosphere in Osun State to the governor’s respect to all religious tenets and beliefs in the State, which made residents cohabitate peacefully, saying some other South-West governors have displayed religious and ethnic bigotry than President Muhammadu Buhari.

“We all say President Buhari is a bigot because he is sentimental towards a certain religion and tribe, but our own governors in the Yoruba land are also towing the same lane.

“We appreciate the gesture of Governor Gboyega Oyetola for declaring a holiday for the traditional worshippers on the Isese Day, he has shown that he is really a Yoruba man.

“Leadership does not display sentiment, leadership embrace every difference within the followers, the understanding of this difference gives him the power to lead aright, that is what leaders should do.”

The association called on its members in Oyo State to celebrate the 2021 Isese Festival without any conflict in their shrines and temples and pray for peace in Nigeria, Oyo State and their different communities.