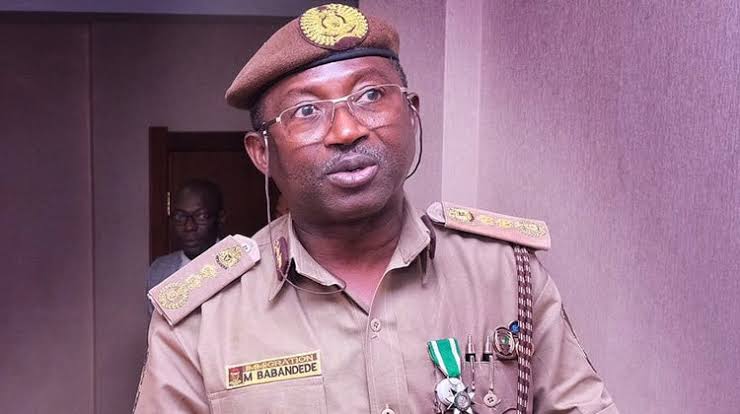 The Comptroller General of Immigration (CGI), Muhammad Babandede, has appealed for calm and ordered investigation into the fracas between officials of Ibadan North local government and Nigerian Immigration Service.

Amos Okpu, Assistant Comptroller, Immigration Service PRO made this known in a statement issued on Thursday.

The statement added that Comptroller General frowned at the unfortunate incident and called for calm among parties.

The statement reads;, “The attention of the Comptroller General of Immigration (CGI), Muhammad Babandede MFR has been drawn to some reports about a misunderstanding between some of our Personnel at the Oyo State Command Office and Officials of the Ibadan North Local Government Area yesterday.

“The Comptroller General is disturbed that a minor misunderstanding was not quickly resolved leading to an unnecessary scuffle between two friendly agencies that have maintained very cordial relationship over the years.

“The Ibadan North Local Government Council remains one of the best immediate neighbours and indeed the nearest democratic institution to the Oyo State Command Complex. Our agency has huge regards as well as honour for democratic institutions and thus should not be involved in anything to the contrary. The Service and Ibadan North Local Government Council have continued to enjoy excellent neighbourliness over the decades thereby making this altercation most unfortunate.

“He appeals for calm stressing that due diligence will be taken to not only ensure amicable resolution of the matter but that any Personnel found to have acted unprofessionally is appropriately sanctioned.

“The Comptroller General holds the Chairman of the Council and his Management team in high esteem and so has ordered an investigation into the unfortunate development.”