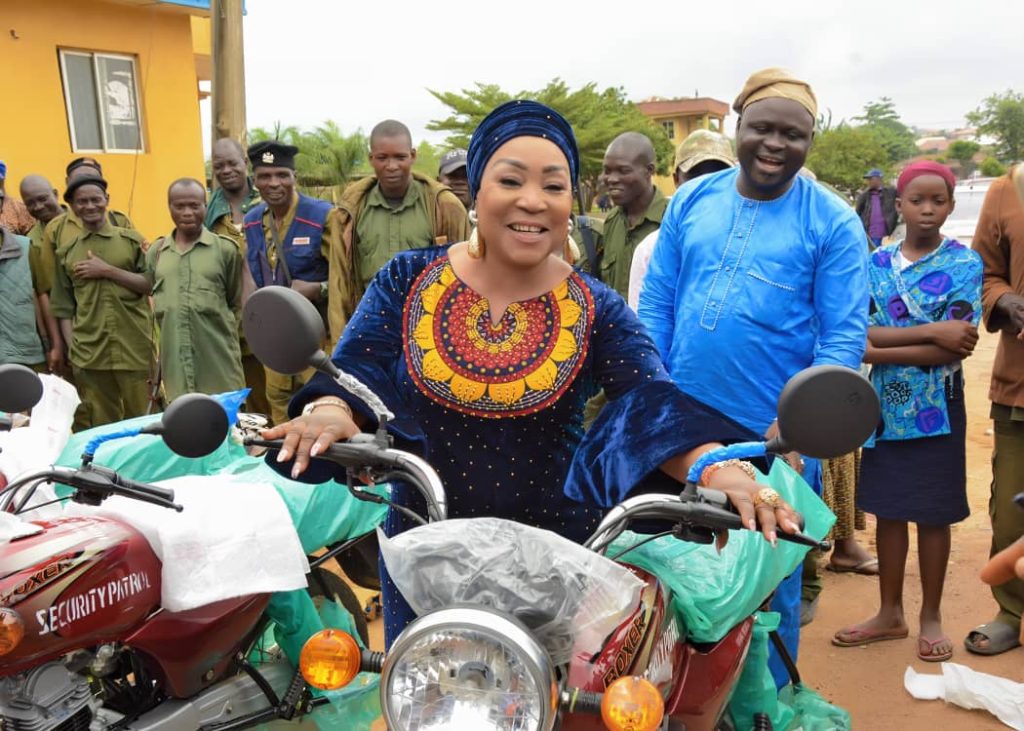 In a statement signed and made available to Heritageecho.com, during official presentation of five (5) branded new motorcycle with financial support to Vigilante Officers, held at the local government complex, Offa-meta, Oyo.

The Chairperson, Hon. Olakojo maintained that, Government at all levels have been charged to engage and equip Local Security Agencies in order to effectively tackle insecurity confronting the Local Government, State and Country at large.

According to her, the Provision of Mobility like Motocycles, Patrol Van and financial support will go a long way in ensuring drastic reduction in security challenges the country is facing.

In her words, “I need to remind you all that security is a civic responsibility that everybody must be involved” . Therefore, there is need to have a collaboration between all other Security Agencies, Volunteers and general public to stem the trend of insecurity.

Earlier in her address, the Council boss greatly commended Governor Seyi Makinde for the task given to them on the security issue and his laudable support to security agencies in order to secure the state.

However, She enjoined the security men to take good advantage of the resources because she believes that it will assist them when carrying out their security operations and Also called on religious leaders to continue their prayers and commitment to the overall peace and security of Atiba Local Government, Oyo State and the Country in general.

Alh. Kunle Ogunsola, the Head of the Local Government Area in Atiba Local Government, commended Hon. Kafilat Olakojo for being an exemplary leader, humble and a wonderful woman, adding that she’s doing well and always keep up to her promises and that portray her as a woman of great Value.

Ogunsola also hinted that, When it comes to the security issue, he will never take it with levity, and also encouraged the security agencies to be up and doing.

Alh. Tunde Agboola, who represented all the political leaders in Atiba Local Government expressed his gratitude to the Council Boss on presentation of the motorcycles to security men, he stated that, this donation of motocycles is timely and will go a long way in curtailing the crimes in our communities and villages.

Religion leaders prayed for the Chairman during the event and described her as an exemplary Leader who has deep love for the welfare and well being of the masses.