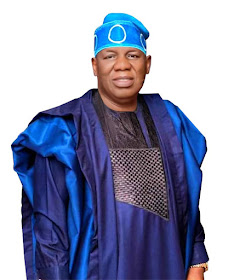 Oyo state chapter of the All Progressive Congress (APC) is about to be thrown into a fresh crisis over the recently held ward congress in the state.

Southwest-Frontier News  gathered that a former Oyo State commissioner of health, 2019 Governorship aspirant who was one of the eight aspirants that obtained the twenty five million naira governorship forms but was forced out by the then late Governor Abiola Ajimobi and now 2023 Governorship hopeful, Chief Dr. Azeez Popoola Adeduntan may be heading for court against what he described as “Electoral Fraud and Subversion of the People’s Wishes.

“In a petition addressed to the recently inaugurated Appeal’s Committee on Ward Congress Election of the APC, Akinjide & Sadiq Esq on behalf of Azeez Adeduntan, Lamidi Adebayo, ward 01 caretaker chairman and secretary, APC, ibadan south west local government, Ismaheel Adekanmi and Muritala Kareem and dated 14th August, 2021 disclosed that it had earlier informed the party of a ploy by Hon Saheed Fijabi to substitute the list of the ward candidates popularly agreed on by the generality of party members. “On the congress day, the candidates in the list submitted to the caretaker chairman were all returned unopposed by consensus and together with the minutes of the ward meetings where the consensus arrangement was adopted.

“Adeduntan who is the Osi Bashorun of Ibadanland and President, Adeduntan CardioVascular & Diagnostic Centre(ACDC)Ibadan in the petition appealed to the committee to be resolute and focused on their mission to ensure justice, equity and fairness and uphold no other list of the party officers other than the list of candidates submitted to INEC officer, Mr Olutehinse Alaba Olusola who supervised the ward 01 congress election in order to avoid further court proceeding.“Our processes are ready for court as there will no MUGUN OR JAGBA in 2023-Adeduntan asserted.”