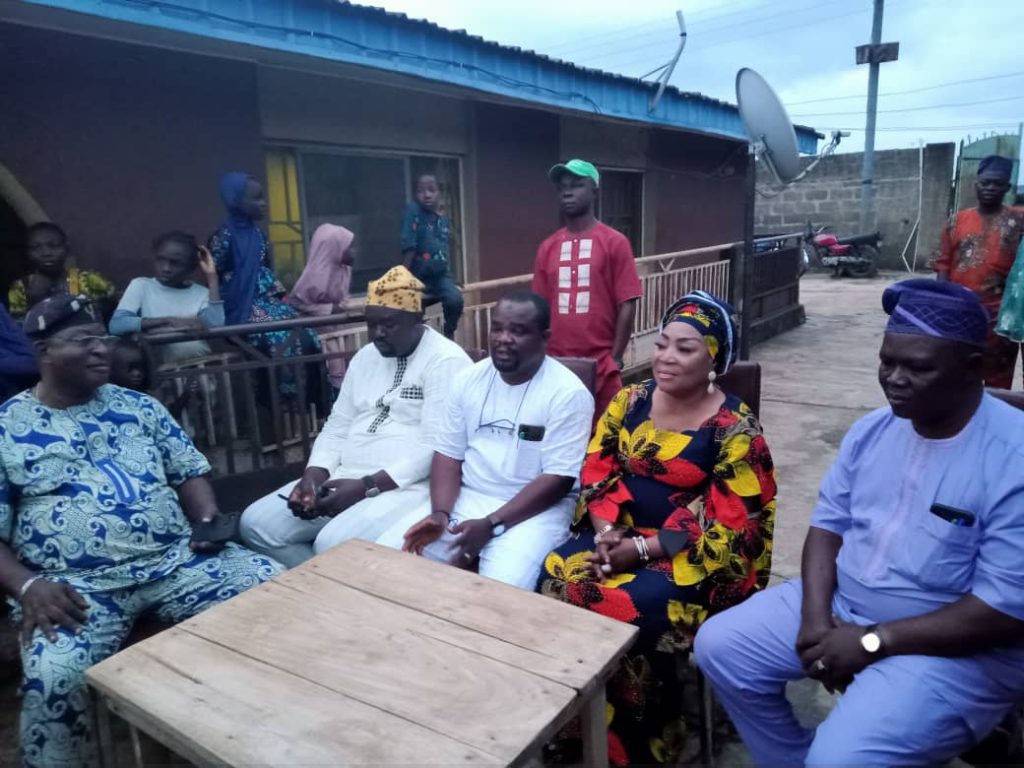 The People’s Democratic Party (PDP) in Oyo Federal Constituency have been welcoming large numbers of Members of All Progressive Congress (APC) into their folds, yesterday, the number still increased where another set of groups of the Big fish in Atiba Local Government, in person of Alhaji Lasisi Ayankojo have declared their readiness to back to PDP.

In a released made available to Heritageecho.com correspondent, At the two separate meetings that was coordinated by the Chairman, CSDA, Hon Babatunde Eesuola at Pa Ayankojo’s Residence yesterday.

Eesuola appreciated the great Polician as a man of his words and someone who values the good Governance as Oyo Federal Constituency has been witnessing good developments under the administration of Governor Seyi Makinde. He further assured members of the group of equal benefit as long as you become a PDP member, no discrimination and no discrepancy.

The Executive Chairman, Atiba Local Government, Hon Kafilat Olakojo pledged an all inclusive Administration and equal benefit to all the new members. She expressed her joy that, the great Icon and Patriotic father like Baba Ayankojo can give her such a respect and attention to see the good sides of the administration of Engr Seyi Makinde that called for this declaration today.

The Special Assistant to the Executive Governor on Political Matters, Oyo Federal Constituency, Hon Wale Ogunmola hinted that, the People’s Governor, Engr Seyi Makinde will be informed immediately after this meeting of the good development in Atiba Local Government and once the approval for open declaration is granted where the top Party hierarchy and Political functionaries will be in attendance to welcome home the groups, the arrangements will be communicated to the group.

In his own remark, Alhaji Ayankojo declared that, his groups are lovers of progress and good development of our Local Government and he has confidence in the ability of the Governor of Our State and my good daughter, Hon(Mrs) Kafilat Olakojo, that, the development of his country home is always his priority.

On a final note, the Party Chairman in Atiba Local Government, Alhaji Muideen Tijani commended the link man of the group for a job well done to achieve this success today after many days of conversation and meetings. He reiterated that, the party is a party that reward loyalty and hard work, and all the New members should not entertain any fear, because, all our people at the helms of Affairs at both Local Government and State Level are ready to bring greater developments to Atiba Local Government.