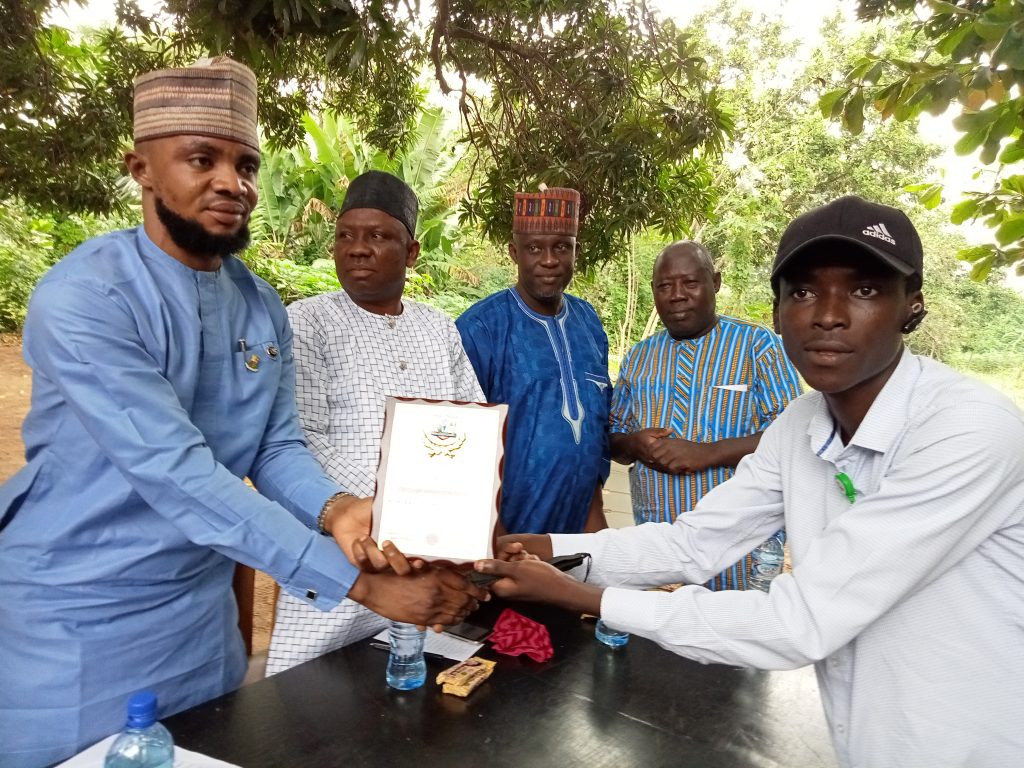 The Board Member of Oyo State Teaching Service Commission (TESCOM), Honourable Akeem Jimoh Olalekan, on Wednesday bagged award of excellence as the Icon of Greater Nigeria. He was honoured by a renowned youths association called ‘Yoruba Students Assembly’.

The Award was presented to him at the Oyo township zonal Office of TESCOM opposite Ajayi Crowther University, Oyo, Oyo State.

While speaking on the honoured bestowed on him, the National President of Yoruba Students assembly, Comrade Taiwo Noah Jesuponmile affirmed that the umbrella of students assembly sampled the activities of the honorary for the past years, in recognition of his outstanding contribution, performance and selfless service to humanity as regard the recruitment process, promotion and welfare of post-primary secondary School teachers in Oyo State.

He further implored the awardee not to relent in his ability to transform the Commission (TESCOM) by his co-members, adding that the association is fully ready to partner with the honorary in promoting the course of good governance, dividends of democracy and others.

Speaking after the presentation of the Award, the honorary, Hon. Akeem jimoh, appreciated the students assembly for the award of excellence bestowed on him, while recalled his effort in ensuring teaching service commission (Tescom), remains first class in striving for adequate welfarism of teachers across the state.

“What else would I say than to thank God for the honor, recognition and the Governor of the state, Engr Seyi Makinde, for given me the opportunity to serve.
Almighty God has done it again, I’ll continue to facilitate more opportunities for the teachers in Oyo and the state at large” he assured.

In their word of encouragement at the occasion, Mr. Adekunle Monjeed, Mr. Akinkunmi Ejalonibu, Mr. Ahmed Ejakabata and Mr. Tunde Ogunlana advised the awardee not to relent in his selfless efforts to humanity, as the excellent award showcase his all-round performance.

Equally, the Oyo Tescom zonal head, Mr. Tunde Sulola appreciated the exemplary leadership award of excellence given to the Commission board member, adding that the award further enhance his quota to the accelerated development shape of his Excellency, Engr. Seyi Makinde.