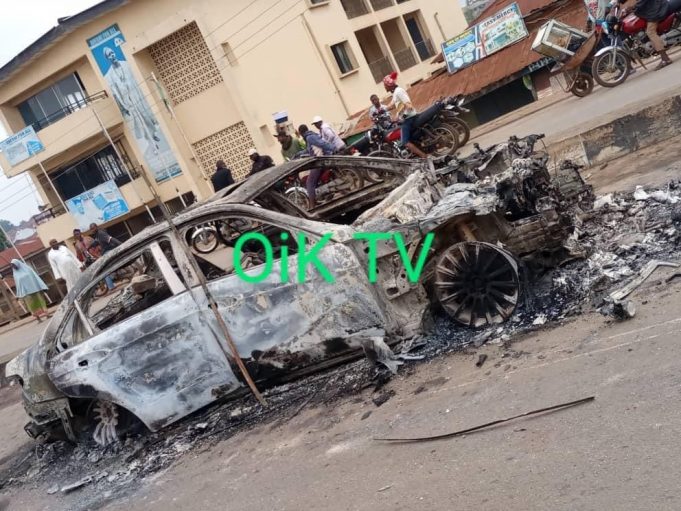 A vehicle suspected to belong to some internet fraudsters ‘Yahoo Boys’ has crushed a man with his two kids to death in Oyo town.

The incident, as reported by OIK ONLINE TV happened at the late hours of Wednesday, 11th August, 2021 which resulted to the vehicle belonging to the yahoo boys being razed by angry mobs.

According to eye witness, the car was coming from a popular and controversial nightclub at Idi-Ope area of the town when it rammed into a motorcycle conveying a father and two kids.

The victims were claimed to have died on the spot while the occupants of the vehicle immediately ran away which got passersby angry and the car was destroyed and razed beyond recognition.

The culprits, as at the end time of this report, have not been found.