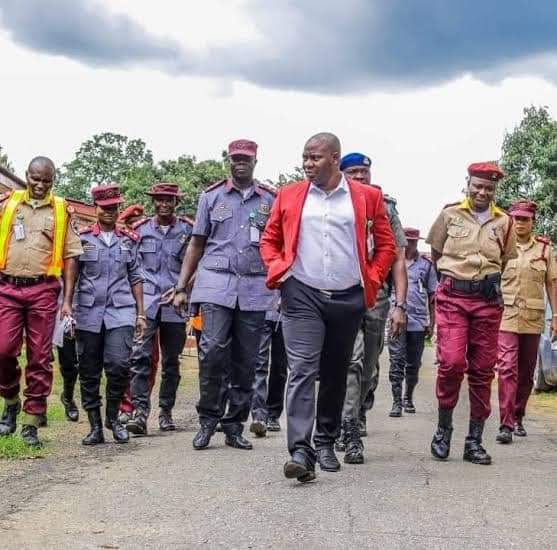 Leading an agency under government can easily give a test of ability of the head of such agency. Any organizations have the opportunity and the obligation to drive growth in tandem with positive social and environmental outcomes, this starts with redefining what it means to lead responsibly.

Dr. Akin Fagbemi has shown that he is a trusted administrator, he is leading a set of officers that are focused on driving value while honoring values. The touch of intellect and brilliance is being displayed at the office of OYRTMA, the serene environment shows a great improvement on what OYRTMA used to be.

OYRTMA boss is delivering value on three fronts: organizational performance, measured has been measured by all standard as merit-based ; continuous innovation, the seedbed for longer-term growth, often propelled by emerging technology; and sustainability & trust, earned by attending to the interests of stakeholders.

On the stakeholders, l was amazed with the presence of the OYRTMA boss at the One Million Man rally organised by the Coalition of Youths in Oyo State on May 29, 2021. He equally ensured officers of OYRTMA maintained proper road management and also support the rally where many notable youths celebrated the 2nd year of effective development in Oyo State.

Officers of the OYRTMA were fully present at the OSM E-Registration sensitization programme which was held on Saturday, 7th August. Their conduct shows the discipline instilled on the corps. Mogaji has advanced common goals by inspiring a shared vision of sustainable prosperity for the agency and this is reflecting in the duties of the men and women of the OYRTMA.

OSM convener, Moyosore Ijoba Authority in his address acknowledged the input of Dr. Akin Fagbemi towards the E-Registration sensitization programme as the Mogaji Agunleyingun deployed the mass number of his officer for the exercise.

As at today in Oyo State, OYRTMA now has operational office in all the 33 local government of the state, a wide progress on what it used to be as at May 2019, the progress has “This is the decade to deliver. A new model of responsible leadership can help address the world’s most pressing problems in ways that unleash new waves of growth that are more sustainable and equitable.

Dr. Akin Fagbemi has a model of responsible leadership and this has really improve the road and transport management in Oyo State.