Messi Farewell Message To Barca Fans: PSG Is A Possibility 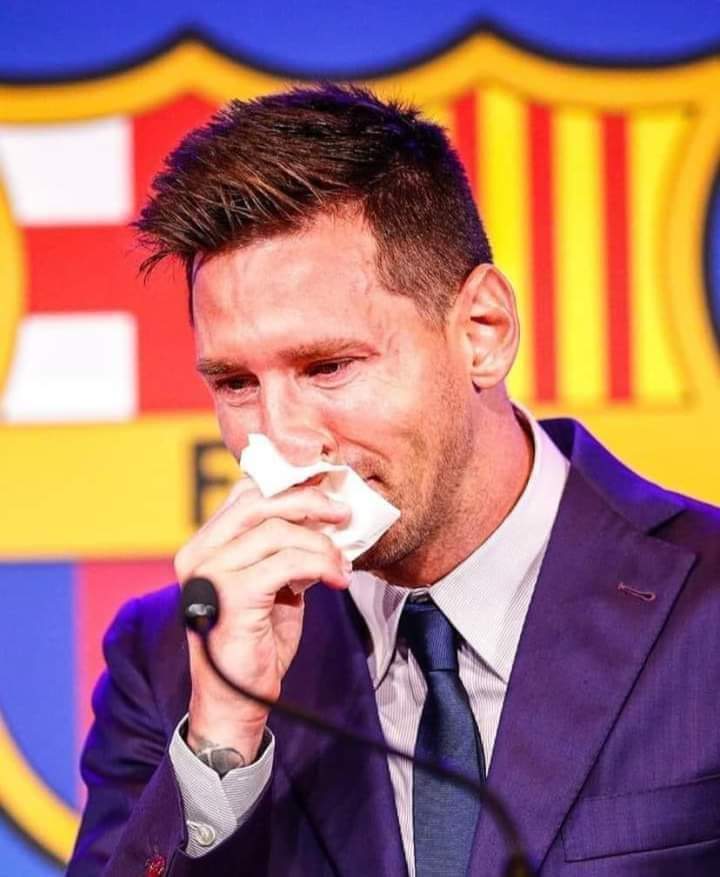 Lionel Messi has officially confirmed that he will be leaving Barcelona to join another European club as he made a farewell speech at Camp Nou.

According to The Sun, the 34-year-old spent 21 years with La Blaugrana and won many trophies with the Catalan club until his contract got expired at the end of last season.

The Argentine international who won his first senior trophy for his country in the past month was in tears as he thanked the fans for their hospitality all through his stay with the club.

The six-Ballon d’Or winner was addressing newsmen at the Camp Nou as he stated that it was unfortunate that things could end prematurely.

Messi was quoted by Sky Sports:

“I have so much respect for this club. so many beautiful things happened I gave everything for the shirt.

“The truth is that leaving I’m so grateful for the care people have shown me, never imagined having to say goodbye.

“We wanted to stay here and keep enjoying both this life we have both personally and professionally.

“My new contract was done, all done. I wanted to stay when I came back from the holiday but it was done.”

Messi was asked about being linked to Paris Saint-Germain this summer and he responded:

“PSG is a possibility. Yes, at the moment nothing is confirmed with anybody, I have received many calls.”