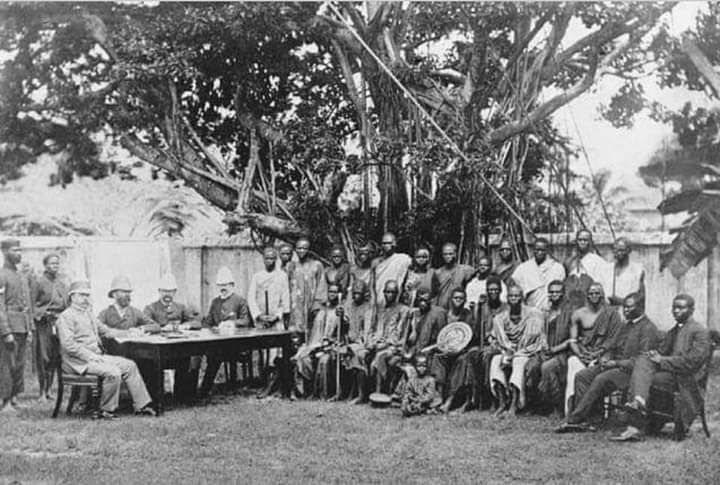 A stone is ingrained with geological and historical memories,the past is our only real guide to the future, and historical analogies are instruments for distilling and organizing the past and converting it to a map by which we can navigate.

Historically, the whole of the place where the Oyo State Government House is located in Ibadan used to be known in ancient times before the founding of this third Ibadan in its present location as Idi Ogungun. The Ogungun tree after which the area was named is still has remnant of the trees, and the area within the immediate vicinity of the tree is still called Idi Ogungun, the name it has been bearing since more than 200 years ago.

As a historical legacy, Ìdí Ògùngun has been the theatre of many events in the history of Ibadan. The following events took place at ìat Idi Ogungun :

1.When Captain Bower arrived Ibadan in 1893 with a force of about 100 soldiers. The Ibadan authorities wanted to assign him a place within the city-walls for residence, but he marched through and took up his quarters outside the city walls in the area known as Idi Ogungun, where he set up his camp.The place where he set up camp on that day became the Residency and since then it has been the seat of Government for the South-West and it is now the seat of the seat of the Oyo State Government

Ìdí Ògùngun we see today around a newly named place called Agodi has history in the city of Ibadan.

Truthfully, people without the knowledge of their past history, origin and culture is like a tree without roots. The past changes a little every time we retell it.