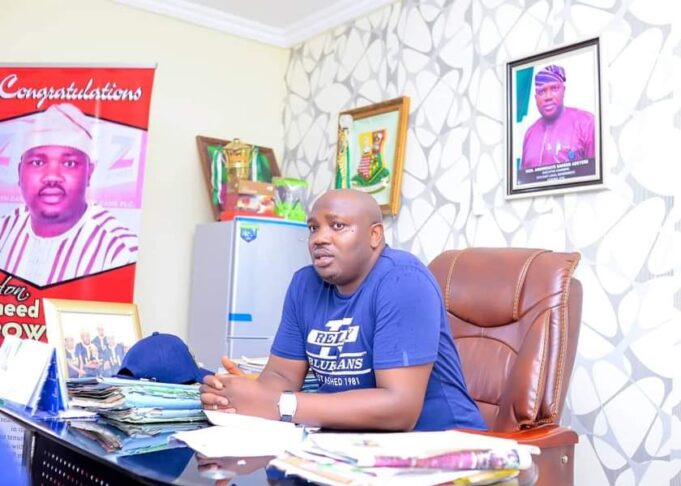 The Executive Chairman of Oyo East Local Government, Prince Saheed Arowosaye Adeyemi (AROSAD) , on Wednesday, engaged a selected number of youths in the Council with the purpose of training them in the area of agriculture and agribusiness.

According to Goalpoachernew.com, this was at the instance of Governor Seyi Makinde-led administration’s bid to train 3,300 youths from the state, following the recently signed Memorandum of Understanding with the CSS Global Integrated Farms in Nasarawa State to assist in the training.

The governor, during the week, had disclosed at a Stakeholders Consultative Meeting on the 2022 Budget, that the move was part of measure being taken by his administration to address the challenges of youth unrest and youth unemployment.

Arosad, speaking to journalists in his office after the meeting, stated that it was in tandem with the directive by the governor to all local government chairmen to engage youths in all their activities and empowerment programmes.

He said: “This is part of the directive being made by the governor to all the local government chairmen in the state and we are practically carrying it out. The youths we engaged are leaders of various group in Oyo East Council.

“We saw the need to stop them from roaming the streets and being idle because we know that an idle hand is devil’s workshop.

“So, it is a wonderful development that we decided to sponsor some of them in agribusiness training in Nasarawa. The initiative is to empower 100 youth per local government, and we are trying to do just that at each council.”

Arosad, however, assured that his administration will continue to give necessary support for the youths in the Council.

Some of the selected beneficiaries who spoke on the development thanked the council Boss, saying that they will not misuse the opportunity given to them.