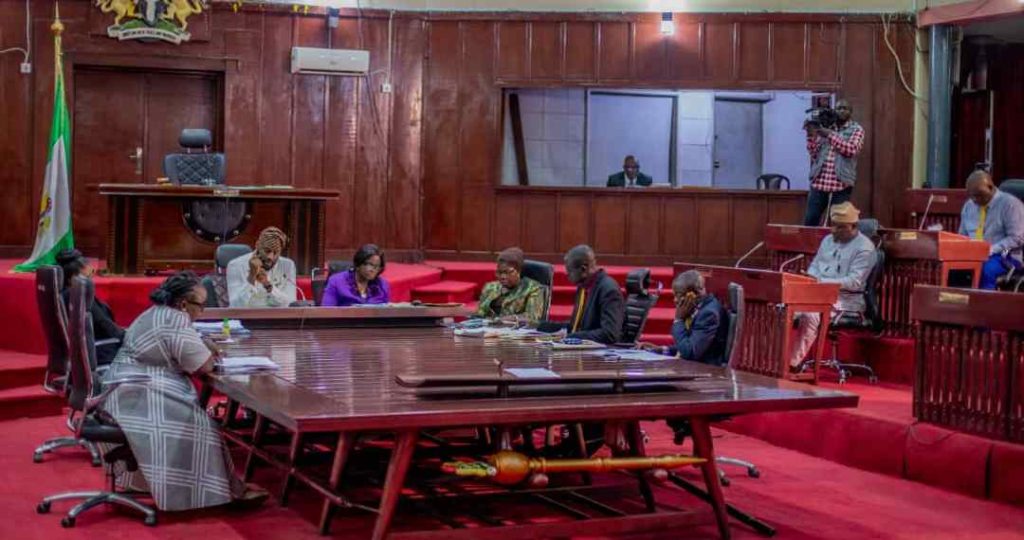 The Oyo State House of Assembly Thursday confirmed the appointment of all Seven Commissioner nominees forwarded to it by Governor Seyi Makinde.

Recall that Governor Makinde had on Monday forwarded the list of the seven Commissioners to the House of Assembly for screening and ultimately for reappointment.

Their names were announced on the floor of the House on Tuesday by the Speaker, Hon Adebo Ogundoyin while reading the letter to that effect from Governor Seyi Makinde.

The confirmation of the Commissioner nominees followed their appearance and the presentation of reports of their Ministries before the State Legislators.

The Speaker urged the Commissioners to do more in justifying the confidence reposed in them especially the Governor which led to their reappointment.

” I say congratulations to all our seven returning Commissioners on their reappointment. This is great privilege and another rare opportunity for you to continue in your various Ministries, and also another chance to serve the people of Oyo State. I therefore advise that you take note of all the questions and observations made by the Honorable Members towards moving Oyo State forward. ” Oyo Speaker said.

Speaking on behalf of other Commissioners , the Oyo State Commissioner for the Ministry of Local Government and Chieftaincy Matters, Chief Bayo Lawal assured that more developmental programs will be embarked upon by their various Ministries to further advance the vision of Governor Seyi Makinde.

Hon Bayo Lawal expressed appreciation to members of the 9th Oyo State House of Assembly for their support for the present administration, and the cordiality existing amongs all the arms of Government in Oyo State.