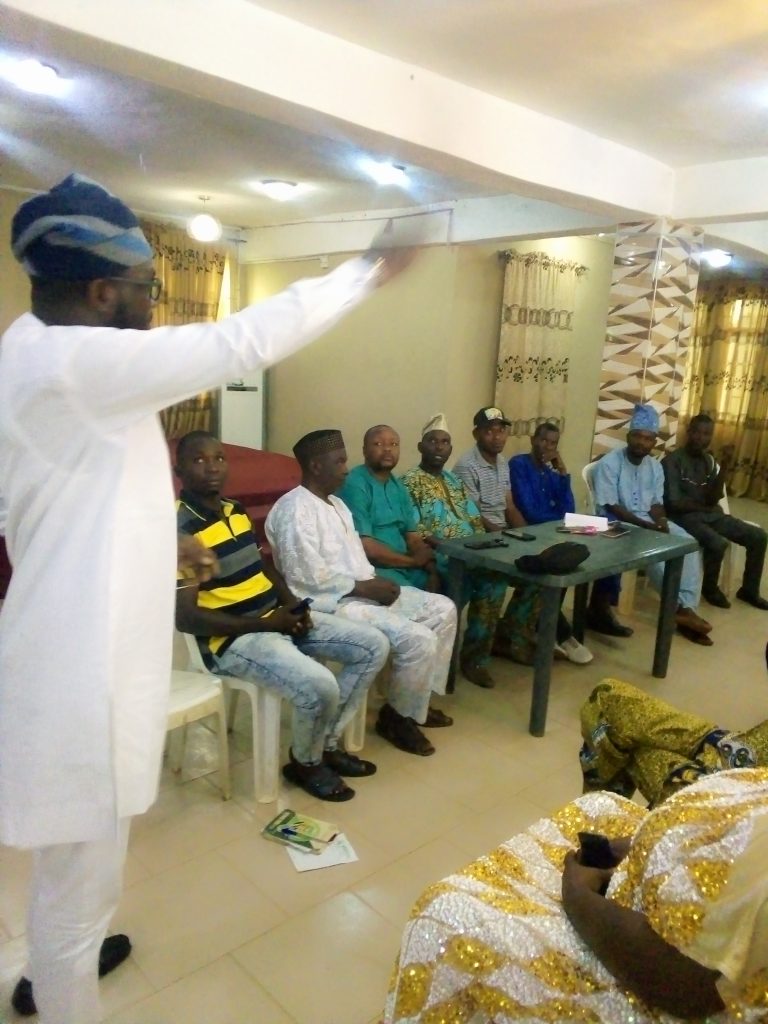 Member of People’s Democratic Party (PDP) in Lagelu local government area of Oyo State, Honourable Abiola Okeyode, today, had an interactive session with Party leaders, ward women leaders and party members across the all zones in the council area, dialogue on how the party can move forward.

The interactive meeting which took place at Samsung event center hall Dizengof had in attendance all the ward executives, members, Chief of Staff to lagelu local government, Hon. Opeyemi Rasheed and several others.

Speaking on the essence of the meeting, the convener, Hon. Abiola Okeyode affirmed that, “This meeting is meant for us to interact as PDP members, to forge ahead on how to solidfy the party more, absorb new members from the opposition camp, so as to become a unifying force.”

He said, People’s Democratic Party (PDP) remains the masses oriented party adding that His Excellency, Engr. Sèyí Makinde has been transforming Oyo State through his all-round accelerated development and various steps being taking in repositioning the State from poverty to Prosperity.

“Lagelu remains the strong hold of people’s democratic party in Oyo state, we must ensure Unity prevail and shuns our personal interest, so that we can move from ward-to-ward, canvases new member and become a single indivisible entity”, he pledged.

Also, Mr. Salawudeen Adekunle from Lagun, ward 6, appreciated the convener, he said Abiola is truly one of the great Son of Baba Okeyode. He recalled his first class philanthropist gesture to the people of lagelu local government area, viz; Covid-19 palliatives, Ileya packages and assistance to the vulnerables.

In her own speech at the meeting, Mrs. Sikemi Owonifari, Women Lagelu Ward 1, advised the party members to promote unity in respective of affiliation.

She said, beyond 2023 the party would remain the only masses oriented with various project across the State and the national in general.

Mrs. Sikemi now assured the convener that all the zones in lagelu local government will harmonised and as well work together to create a formidable and strong party, i.e PDP in lagelu is knowing for.