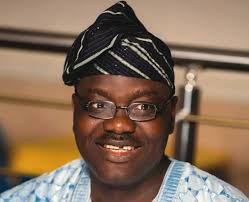 A grassroots political group in Itesiwaju Local Government area of Oyo state, Concerned Itesiwaju for Good Governance (CIGG), on Tuesday, alleged that a Governorship aspirant of the All Progressives Congress (APC) in the state, Professor Adeolu Akande has concluded plans to impose his stooge, Mr. Osuolale Awoleye as the Local Government Chairman of the party in the forthcoming council congresses.

The group said that was the reason Akande was insisting on consenssors arrangements, rather than going to polls to elect party chairman based on rotational agreement in the council.

CIGG alleged that Akande handpicked his kinsman from his ward who is currently occupying the local government chairmanship position to continue for 2nd term, which according to the group, is against the rotational arrangement and spirit of equity, fairness and justice of the party.

In a statement issued and signed by its Chairman and Secretary, Hon. Philip Adedokun and Mr. Tijani Adelani respectively, the CIGG warned against any move that could affect the chances of the party in 2023 general elections.

According to the group, between 2011 and 2019, only one out of seven towns that made up itesiwaju Local Government has been holding both political and elective offices.

Giving the account of the offices held in the past in the council since 2011, the group said Professor Akande was the Chief of Staff to late Abiola Ajimobi and still the Chairman Nigeria Communications Commission (NCC), former Commisioner for Land and Housing, Mr. Ajiboye Omodewu, Chairman of the council, Hon. Adeniyi Adeagbo, and Secretary to the council, simply identified as Mr Adesina are all from the same ward.

The statement reads in part; “Concerned Itesiwaju for Good Governance (CIGG) has kicked against imposition of APC party chairman in the coming Local Government congress.

“We condemn in strong term the move by a governorship aspirant in the 2023 general election, Professor Akande to handpick his kinsman from his immediate ward who is currently occupying the Local Government party chairmanship position to continue for second term, which is against the rotational arrangement and spirit of equity, fairness and justice .
“We observed that between 2011 and 2019, only one out of 7 towns that made up Itesiwaju Local Government has been holding both political and elective positions.

“We are therefore warning against any arrangement that could rock the party boat comes 2023 be avoided.
“The party chairmanship position should be zoned to another town for equal representation and spirit of give and take.” The statement added.