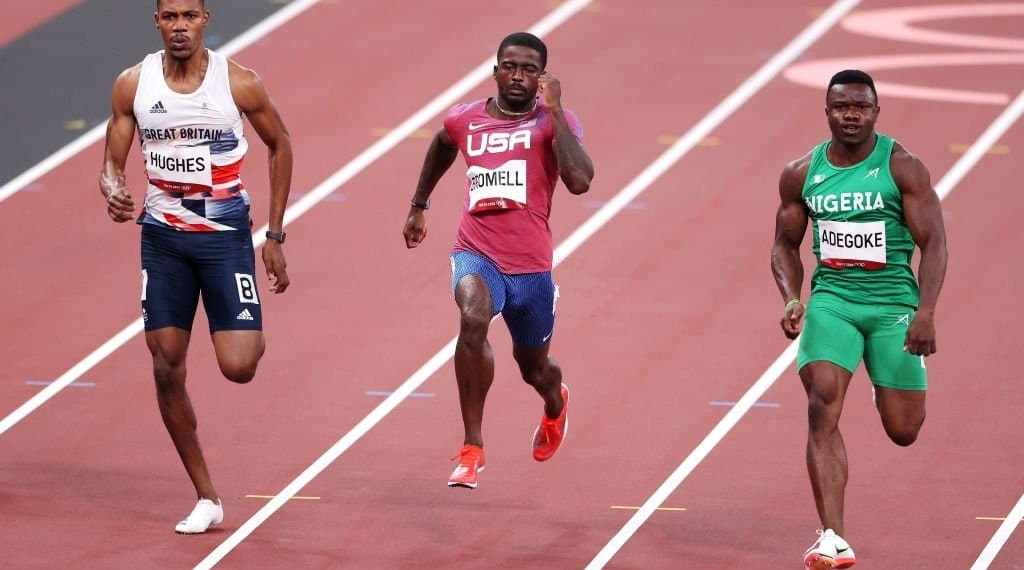 For the first time in 25 years, Nigeria will have a representative in the final of the 100m men’s event at the Olympic Games.

According to Insideoyo.com report, Enoch Adegoke broke that jinx on Sunday; qualifying for the final of 100m men’s event at the ongoing Tokyo Olympics.

Adegoke, who is participating in the Olympic Games for the very first time, qualified for the final after running 10.00secs in his semi-final race.

He hails from Igbope, Oorelope local government in the Oke Ogun area of Oyo state.

This is the first time Nigeria is making it to the final in the men’s 100m event since Davidson Ezinwa achieved the feat at the Atlanta 1996 Olympic Games.

Before Sunday’s semi final race, Adegoke had given room for optimism when he stunned the world on Saturday winning his Heat with a new personal Best Time of 9.98secs.

Going into the final of the men’s 100m race later on Sunday, one can not bet against Adegoke causing more upsets in Tokyo.

Unfortunately, the other Nigerian, who made it to the semi final, Usehoritse Itsekiri, did not make it through