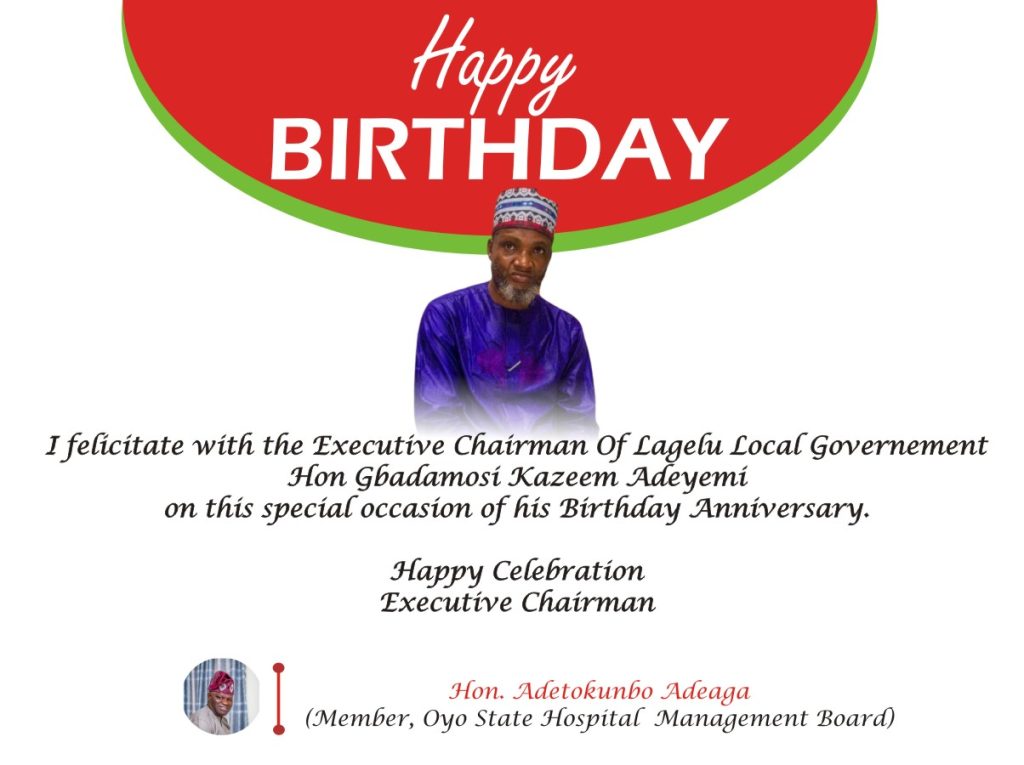 Extolling the chairman, he affirmed that
“Gbadamosi Kazeem Adeyemi’s leadership in Lagelu local government, is a patriotism to public service that could not have been better demonstrated elsewhere”.

In a commemoration message delivered to heritageecho.com news correspondent in Lagelu local government, in the early hours of today, July 27, 2021, he described the council Boss, as a patriotic public servant, whose fervent support to public service delivery is becoming a potential model for leadership.

“Today, I joined the entire people of Lagelu local government, fellowship members of the People’s Democratic Party, to celebrate the executive chairman of our dear local government Hon. Gbadamosi Kazeem Adeyemi on his birthday anniversary”.

He continuously stressed that; “The democratic fellow who has today attained a new age, and to whom the entire democratic league in Lagelu local government is felicitating, has been in these past years, a highly patriotic personnel who has demonstrated leadership in political and administrative capacities”.

“It’s one incontestible fact about Hon. Kazeem Gbadamosi, that he’s the representation of a core element of leadership, necessary to articulate a convincing vision of progress. And by whatever standard and yardstick we may want to use to measure— He will continously remain excellently distinguished in the delivery of governance” Hon. Tokunbo Adeaga conclusively remarked.