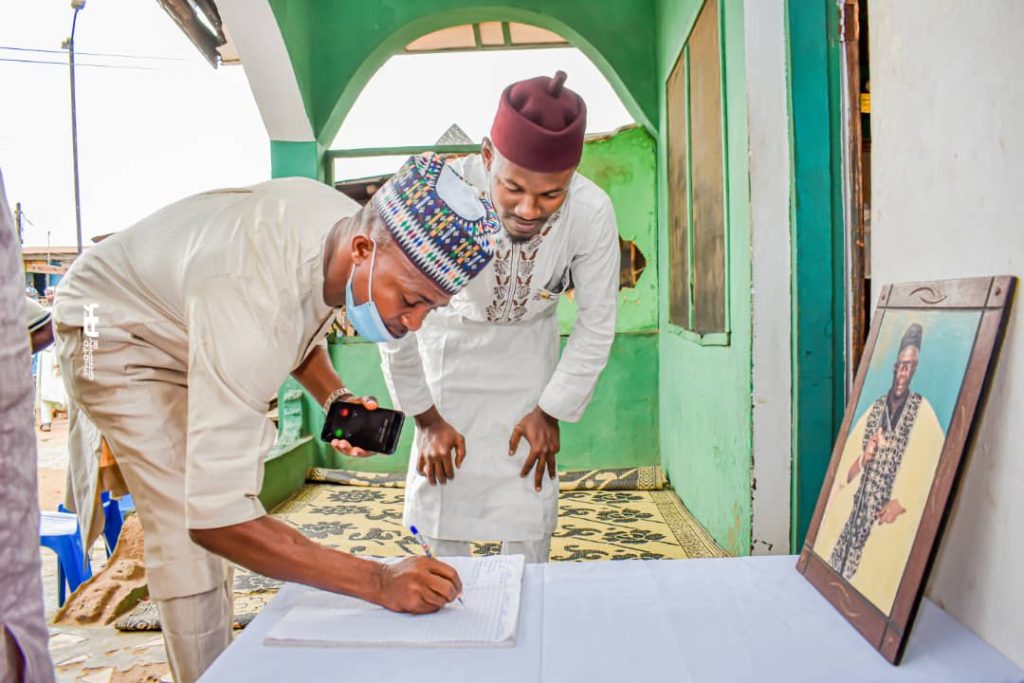 The Executive Chairman was acompained by Hon. Hamisu Nafiu Dodo, councilor representing ward 6 and the rest of the councilors from the twelve wards.

In a condolence statement signed by his SA on media and publicity, Mr Bodija Akinwale said: “The passing away of the iconic patriot and elder statesman, Sarkin Hausawa of Ibadanland, Alhaji Ahmed Dahiru Zungeru was a huge loss.

“The likes of Alh. Ahmed were the proverbial hewers of wood and drawers of water who laboured hard for the strong foundation upon which our dear local government was erected.

He said the death of Alh. Ahmed has left a huge vacuum because he was vibrantly interested in the growth and upliftment of the local government as a whole especially ward 6 of the council area.

We will miss his patriotism and elderly advice to us, I pray the almighty Allah grant him Aljanah Firdaus.