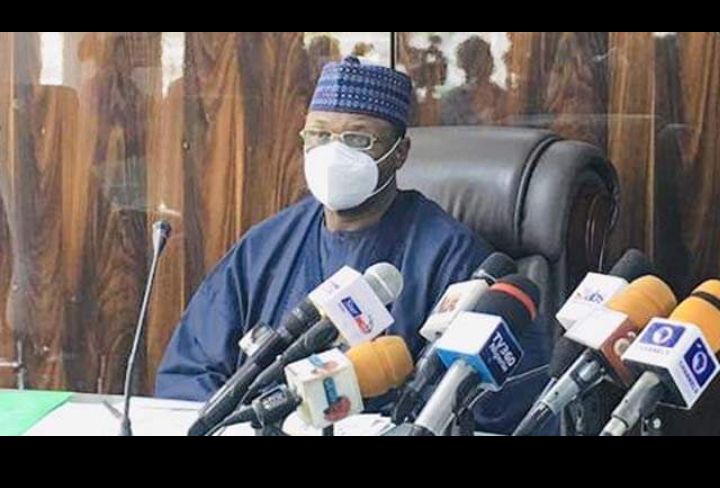 Independent National Electoral Commission (INEC) has opposed claims by the Nigeria Communications Commission (NCC) that Nigeria does not have enough network coverage to guarantee the electronic transmission of election results in 2023.

Besides, the electoral body revealed that the NCC was aware since 2018 that the commission has the capacity and capability to transmit results electronically.

According to The Guardian news, INEC Director of Publicity and Voter Education, Nick Dazang said this on Friday, during an interview on African Independent Television (AIT) breakfast programme ‘Kakaaki”.

Recall that following a stalemated consideration of the report on the Electoral Act 2010 (Amendment) Bill over the controversial Clause 52(2), Speaker of the House, Femi Gbajabiamila had summoned the NCC to appear and guide the lawmakers.

Adewolu told the lawmakers that only 50 percent of the country has the 3G coverage required for transmission.

He also said the NCC cannot guarantee total safety for the electronic transmission of results, explaining that no system is completely free from hackers.

But Dazang described the claims by officials who appeared before the House of Representatives as false.

He said; “In January 2018, INEC approached NCC that it wants a technological- driven Commission and both have been working closely to deliver a free, fair and credible elections in our country for the benefit of citizens.

“They are also aware that two network providers- MTN and Airtel have assisted JAMB conduct their examinations across Nigeria. So INEC is still wondering why NCC has suddenly made a U-turn that there is not enough network coverage in every part of Nigeria.”

Dazang noted that INEC had introduced innovations designed to clean up Nigeria’s tainted electoral processes, adding that those innovations worked perfectly during the off season governorship elections in Edo and Ondo states as well as states and National Assembly Bye-elections across Nigeria.

According to him, the constitution has given INEC powers that cannot be shared with any agency of government, pointing out that the new directive of the Senate on e-transmission is akin to striping INEC of its powers.

“I am convinced that if INEC was given the chance to appear before the National Assembly alongside NCC, the Commission would have told the Distinguished Senators and Honourable Members that all the network providers in Nigeria have assured INEC that network coverage is 100% across the country,” Dazang said.

On the fear that INEC servers might be prone to hacking, Dazang allayed the fears of the public, saying “there is no website that is not prone to attack by hackers even in the most advanced nations but Nigerians should be rest assured that INEC has what it takes to fight off hackers and the Commission is well prepared to safeguard its websites against hackers.”

He urged the lawmakers to be patriotic enough to reverse their earlier decisions to vote against electronic transmission of elections results, adding that they should consider the image of the country in the comity of civilized democratic nations.

Dazang said: “As a patriotic Nigerian who wish his country well, I am using this medium to plead to the Conference Committee of NASS to look at the bigger picture, and to consider the future of our nation to approve the electronic transmission of results in the Electoral Act Amendment Bill”.

“I also want NASS members to think like “Statesmen”, they should think about the future not about the next election. Let us always look at the bigger picture. It pains INEC that beneficiaries of transparent elections in the forefront of working to weaken the Commission by asking INEC to share its powers with other agencies or take permission from another agency before performing its statutory functions guaranteed by the Constitution of Nigeria”.

“You cannot send INEC to buy salt from the market and then you invite the rain.

“I want to leave a legacy in INEC and many INEC staff, from top to the least person want to leave legacy of free, fair and credible elections in Nigeria before we retire from the Commission.

“We therefore urge NASS members to reverse their earlier decisions to vote against electronic transmission of elections results in Nigeria. Nigeria is ripe for It and INEC is ready and capable to do it.”