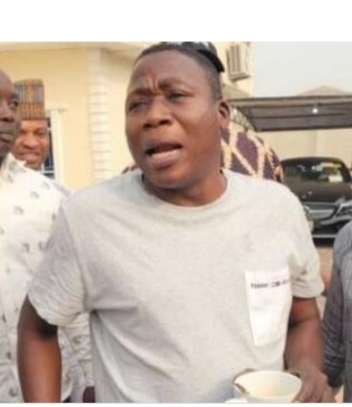 A reliable source told Irohinoodua in Porto Novo, said that Igboho is on his way to Germany where he is expected to meet his family members

Sources said his release was party due to Western countries involving Britain, Canada, France, Germany and the United States mounting intense pressure on the Government of Benin Republic not to hand over Chief Sunday Adeyemo, (Igboho) to the Nigerian authorities.

According to Irohinoodua correspondence, Sources in Cotonue hinted  that the Ambassadors of some Western nations reached out to the authorities of Benin Republic asking him not to hand over Chief Adeyemo to the Nigerian government.

They hinge their arguments on strong suspicion that Igboho will not get justice if returned to his home country.

Meanwhile,a lawyer, Mr Leesi Ebenezer Olarewaju based in the United States who is one of those representing Chief Adeyemo said there are strong indications Benin Republic will not transfer Igboho to Nigeria.

Olanrewaju said the authorities of the International Police and the Government of the Republic of Benin are not willing to return Igboho to Nigeria.

He said Benin arrested Igboho based on ‘alarm’ raised by Nigeria.

He said “We are on top of the situation right now. We have successfully notified the British government on the dangers of letting Sunday Adeyemo returned to Nigeria where his life is at risk. We believe that before the end of today, BRITAIN would have granted his request for asylum in good faith.”

In 1995, a similar incidence involving Prof Adesegun Banjo and his wife Ngozi played out when they were arrested by Beninoise authorities on charges of insurgency. The government of late Gen Sani Abacha exerted so much pressure on Benin Republic including offer of 1million dollars. However, western nations put pressure on the Goverment of Benin which later released Adebanjo and his wife. The two later escaped to Ghana and later to Zimbabwe.