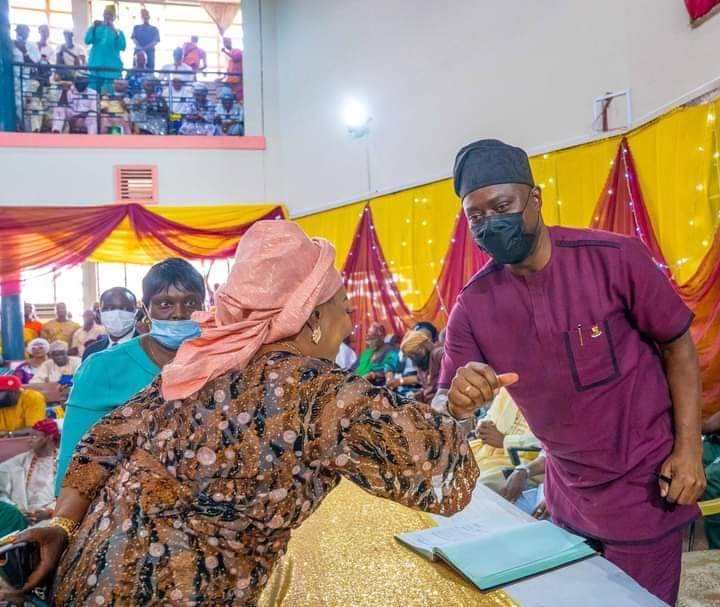 In a statement made available to Heritageecho.com, through the head of media unit, Com. Fasasi Ridwan, said the hands of gesture includes distribution of rams, bags of rice and cash gift to Muslim faithfuls in Atiba local government, to put smiles on the faces of her people and to ease their expenses during the festive period.

The flow of joy was irresistible as they received their surprising gifts with enthusiasm and merriment.

Prayers and best wishes were offered by all and sundry for the person of Hon. Olajoko as they prepare to have the feasting in grand style.