Ilaka Disassociate Self From Governorship Poster In Circulation, Says Those Behind Are Agent of Disunity, Destabilisation 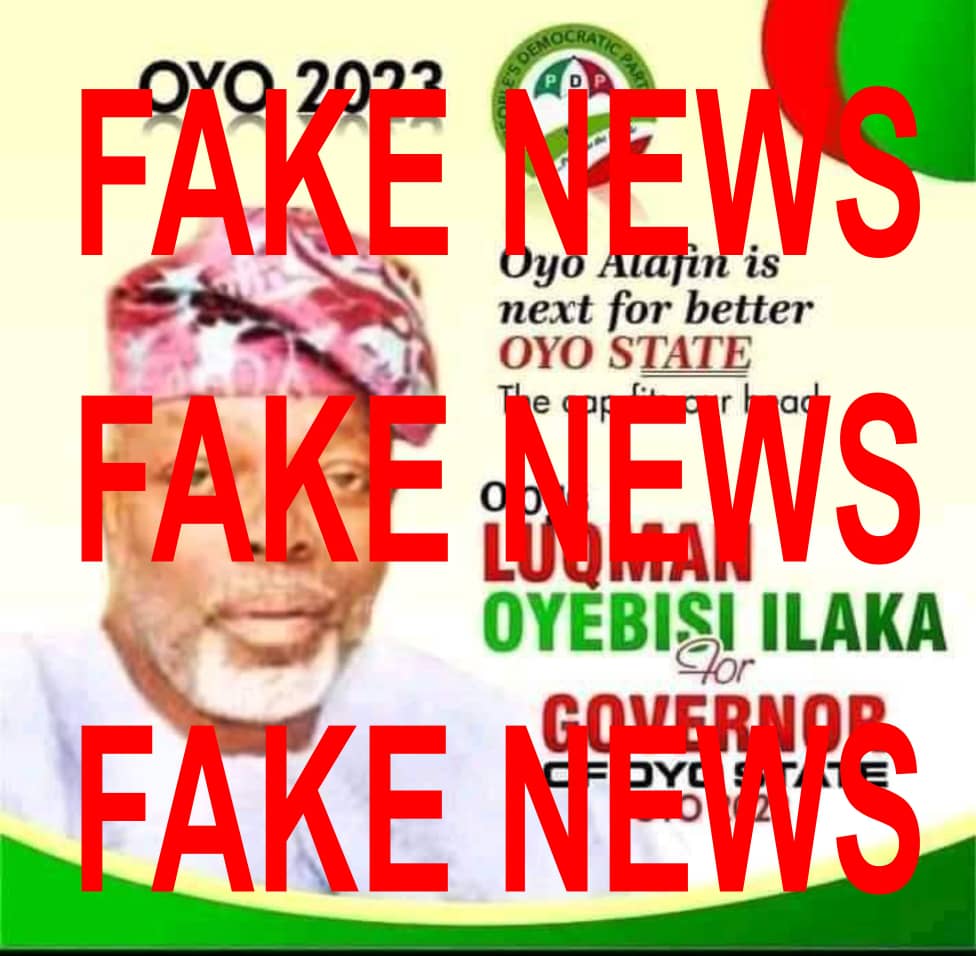 The Immediate past Chief Of Staff to the Oyo State governor Engr Seyi Makinde, Chief Bisi Ilaka has disassociated himself from an online poster, which portrays him as been interested in contesting for the state governorship seat come 2023.

A statement from the media unit of Bisi Ilaka signed by Prince Adebowale indicated that those behind the poster are agent of disunity and destabilisation, who are envious of the cordial relationship that is presently existing between the governor and his friend Bisi Ilaka.

It is well known by all discerning minds that Bisi Ilaka is committed to the success of the Engr. Seyi Makinde administration, not just for the immediate but till 2027.

The statement further noted that Chief Bisi Ilaka who is also the Ladilu of Oyo kingdom is presently preparing to seek the mandate of the good people of his constituency in Oyo central senatorial zone of the state come 2023, and he is in no way seeking to contest the governorship elections, and therefore called on his followers to disregard the poster presently making rounds in it’s entirety.

He said those behind the publication of his governorship poster should desist from chasing shadows, stressing that he will appreciate it more if they will publish posters that promotes his senatorial ambition.

Lastly, Ladilu noted that if the plans of those behind his governorship poster is to cause disaffection between himself and the governor, then their scheme have failed even before it takes off.